David 'Homeboy' Edwards Some Well-Aged Blues from the Mississippi Delta 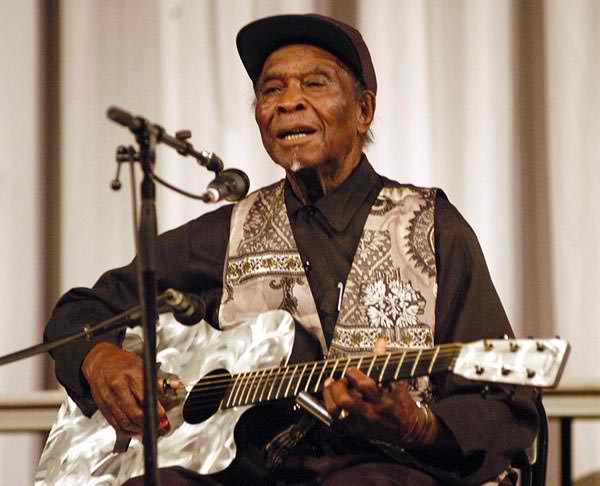 slideshow
REVIEW
David (Honeyboy) Edwards during his 11-song set on Monday night at the B. B. King Blues Club and Grill.

Delta blues, maybe more than any other genre of American music, is rooted in time and place. Although scholars and critics still bicker about the musics precise parameters, nearly all agree it was conceived and realized in an almond-shaped wedge of northwest Mississippi during the first half of the 20th century.

David (Honeyboy) Edwards, who was born in 1915 in Shaw, Miss., about 15 miles west of the Mississippi River, deep in the flood-prone, cotton-covered Delta, was a contemporary of Robert Johnson and Sonny Boy Williamson, and his show at the B. B. King Blues Club and Grill on Monday night was an uncommon opportunity to see an original Delta bluesman perform live.

Mr. Edwards, 93, has a rutted face that reflects years of transience: for much of his life he was itinerant, riding freight trains and hitchhiking with a guitar slung over his shoulder. He did not commit his work to tape until 1942, when he was recorded by the folklorist Alan Lomax for the Library of Congress. Mr. Edwards moved to Chicago in the early 1950s, recorded a handful of songs for Chess Records and began performing in tiny blues clubs and on street corners. He has been releasing new material relatively consistently, for a variety of labels, since 1979.

Mr. Edwardss 11-song, half-electric, half-acoustic set was a mix of traditional covers and original compositions. He opened with Robert Petways Catfish Blues, which includes the daydream If I were a catfish, swimmin in the deep blue sea, Id have all you pretty women fishin after me. Mr. Edwards, his guitar askew in his lap, sang the lyrics with mischievous aplomb.

Blues music is known for its mesmeric 12-bar patterns, but early Mississippi blues, which was frequently performed solo, can be metrically unpredictable, driven by a sophisticated internal pulse.