SOURCE: TWO FOR THE SHOW MEDIA
February 5, 2009
Sign in to view read count 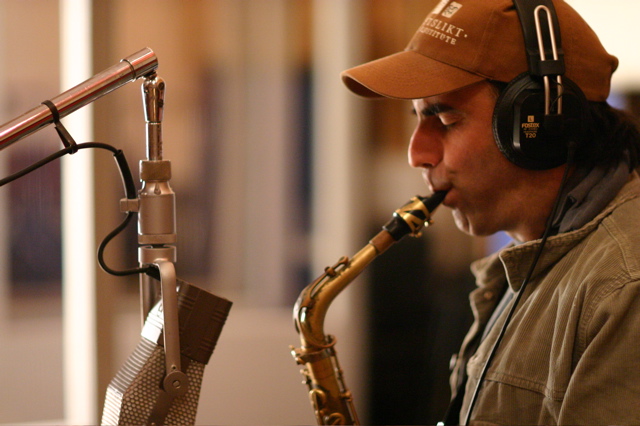 Acclaimed as a considerable and highly individual compositional talent, saxophonist Dave Binney is one of the most prolific young jazz musicians on the scene today. Winning praise from critics and colleagues alike, Dave was recently singled out by Jazz Times as one of a handful of “young players who have created an alternative jazz scene...all of whom are playing adventurous, original music.”

Known for his performances with such prestigious groups as the big bands of Gil Evans and Maria Schneider, as well as with Jim Hall, Bobby Previte and the Cecil McBee quintet. Dave was also a co-founder of the hard-edged quintet “Lost Tribe” and the open-form collective quartet “Lan Xang.” With these groups and on his own, he has recorded a dozen albums as leader or co-leader. Dave was born in Miami, Florida and raised in Southern California. His love of jazz dates back to his childhood, when the music of Coltrane, Miles, Bobby Hutcherson, Wayne Shorter and many others was introduced to him by his parents (along with that of Milton Nascimento, Jimi Hendrix and Sly Stone, of course). He began to study the saxophone and at the age of 19 moved to New York City to play gigs and to study with Phil Woods, Dave Liebman and George Coleman.

In 1989 Dave was awarded a grant from the National Endowment for the Arts to record his first album. “Point Game”, which was released on the French label Owl Records, featuring Marvin “Smitty” Smith, Edward Simon, Adam Rogers and Lonnie Plaxico. Since then, Dave's distinctive saxophone sound and innovative compositions have been heard from basement clubs in New York to jazz festivals in Europe. In addition to Dave’s extensive work as a leader, he has been sought after as a sideman, appearing on record with Medeski, Martin & Wood and Uri Caine's Mahler Project. Dave has also appeared on stage with Aretha Franklin, at Carnegie Hall, and with Maceo Parker, to name a few. He has produced all of his own albums, in addition to two of the Lost Tribe releases. Dave started his record label, Mythology Records, in 1998.