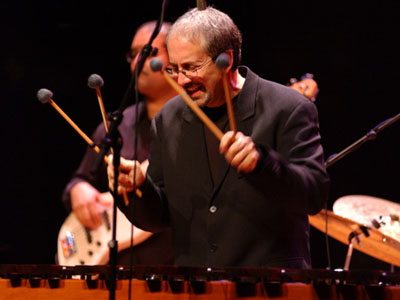 slideshow
The family of vibraphonist Dave Samuels has confirmed that he died in New York City on April 22. Best known for his association with the jazz-fusion band Spyro Gyra, Samuels had battled a long illness. His family did not disclose the cause of death. A Grammy award winner, Samuels was best known for more than three decades as a member of the crossover jazz-fusion band Spyro Gyra. He was 70 years old. Before joining Spyro Gyra, Samuels was a member of the Gerry Mulligan sextet during the period of Mulligan’s reunion with trumpeter Chet Baker at Carnegie Hall in 1974. He later freelanced with a number of musicians including Carla Bley, Frank Zappa, Paul McCandless and David Friedman. Samuels later spent several years leading his own Caribbean Jazz Project. It became his principal group for the rest of his career.