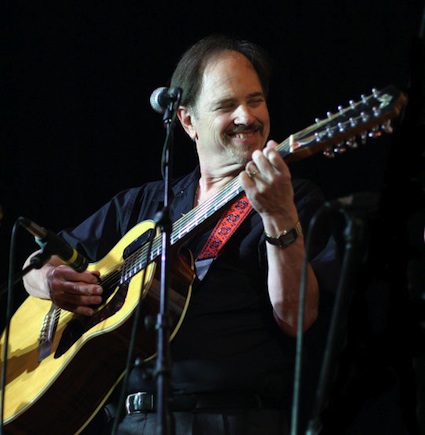 Dave Fisher, founding member and lead singer of the 1960s folk group the Highwaymen, whose recording of the Civil War anti-slavery song “Michael, Row the Boat Ashore" became a surprise pop hit in 1962, has died. He was 69.

“The original Highwaymen, along with the Kingston Trio and, later, Peter, Paul and Mary, were among those responsible for popularizing original American music call it folk, blues, country, whatever," Kris Kristofferson told The Times on Wednesday. “Those of us who were able to walk through the doors they opened are grateful."

David Louis Fisher was born July 19, 1940, in New Haven, Conn., and while in high school developed his singing and arranging talents in a doo-wop group called the Academics.

He formed the Highwaymen in 1958 with other students at Wesleyan University in Middletown, Conn., during the height of the folk music renaissance that had been spurred by Woody Guthrie, the Weavers, the Kingston Trio and others.

It was there that Fisher met Bob Burnett, Steve Butts, Chan Daniels and Steve Trott, and started the Clansmen, a name they picked for the Irish and Scottish folk music influences they drew upon.

They were unaware of the racial connotation the name carried in the American South, and as soon as their music started to build a following in the Northeast, their manager came up with the name the Highwaymen, a nod to the early 20th century poem by Alfred Noyes.

It was a choice that led to a brief scuffle years later with the country music supergroup born when Johnny Cash, Waylon Jennings, Kristofferson and Willie Nelson decided to record and tour together under the same name.

After the original Highwaymen sued the country quartet in 1990, Jennings suggested that Fisher and his mates open for them on their tour stop in Los Angeles, extending them the recognition and exposure before a crowd of several thousand fans they wouldn't have otherwise had access to.

Trott, who ultimately became a judge for the U.S. 9th Circuit Court of Appeals, praised Jennings' solution. “With a single swipe, he eliminated all the usual things that go with the resolution of this kind of thing," Trott told The Times at that time. “Maybe we should turn the legal system of the U.S. over to Waylon."

The Highwaymen's melancholy 1959 recording of “Michael," abbreviating the original title for their version, was released as the B side of a single, and only became a hit two years after it had been issued, well after the group had been dropped by United Artists Records because its music had failed to connect in a big way like that of the Kingston Trio.

Disc jockeys, however, belatedly homed in on “Michael" and began playing it in 1961. It eventually went to No. 1 nationally, and spent two weeks atop Billboard's Hot 100 chart.

The Highwaymen's only other release to make the Top 20 was “Cotton Fields," at the time a nearly forgotten song by folk-blues musician Leadbelly. Because of the Highwaymen's version, the song worked its way into the folk-rock lexicon and later was treated to versions by Creedence Clearwater Revival and the Beach Boys, among others.

The Highwaymen recorded eight albums before disbanding in 1964 amid the British Invasion. The various members of the group finished their undergraduate degrees and went on to nonmusical careers.

Fisher, however, remained in music and, in 1969, moved to Los Angeles, where he spent many years as a composer, arranger and music producer in film and television, having contributed music to TV series including “The Fall Guy," “Glory Years," “Pensacola" and, fittingly, “The Highwayman."

The Highwaymen reunited periodically over the years for occasional performances, and recorded several more albums after a national tour in 1987. Fisher's only solo album, “Love's Way," came out in 2002.