SOURCE: ALL ABOUT JAZZ PUBLICITY
July 11, 2009
Sign in to view read count 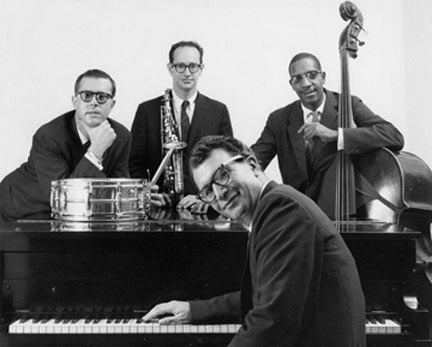 slideshow
This October get ready for some fun, as conductor João Carlos Martins brings the Bachiana Filarmnica from Brazil to Avery Fisher Hall at Lincoln Center. Joining Mr. Martins and his orchestra are jazz legend Dave Brubeck and his son, trombonist Chris Brubeck.

The “meeting” will be October 2nd, 2009 at 8:00 p.m. It includes a program of Brazilian works along with Dave Brubeck’s own compositions. The night begins with “Ouverture Opera Amaznia” by Mateus Araujo, followed by Villa-Lobos’ “Bachiana Brasileira No. 7.” Dave will be solo pianist in Howard Brubeck’s “Theme for June,” and his son Chris plays solo trombone of his own composition, “Concerto for Trombone and Orchestra.” Mr. Brubeck’s “Brandenburg Gate Revisited,” is also on the program, and a collaborative effort with João Carlos Martins with Mr. Brubeck’s piece, “Thank You,” will finish the program.

Mr. Brubeck and Mr. Martins met several times throughout their lives, each time having musical experiences, which Mr. Martins explains as, “so strong, we cannot forget them.” The first time Mr. Brubeck and Mr. Martins saw each other perform was in a recital in Alaska, and they came to an understanding of how Bach and jazz have many things in common. Later, in 1979, Mr. Martins mentioned on NBC News that he would like to play the Bach Double Piano Concerto with Dave. Due to unfortunate events leading to the damage of both of his hands, Mr. Martins lost the ability to play the piano, and was never able to live up to his dream.

“The rapport between Joao Carlos and me was instant. And ever since that time we shared many a musical thought which is what the October 2nd concert is all about." – Dave Brubeck