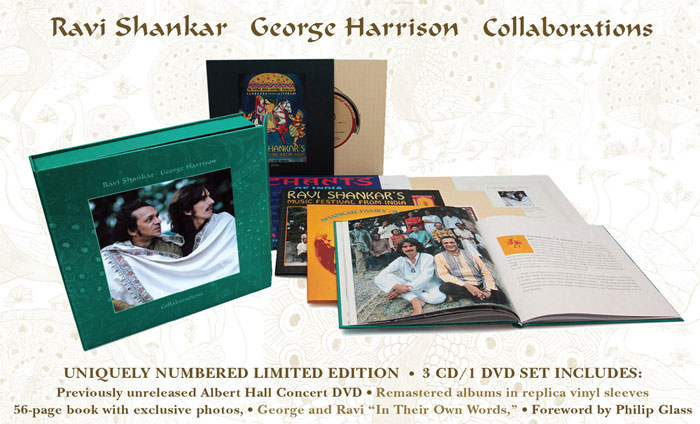 Releasing October 19th, Collaborations is a 3 CD and 1 DVD uniquely numbered limited edition box set (the CDs come in replica vinyl jackets). All compositions were composed by Ravi Shankar and produced by George Harrison over a period of 20 years. The DVD is a rare concert performance of the Ravi Shankar's Music Festival From India recorded at London's Royal Albert Hall in 1974. The albums include the acclaimed Chants Of India (1997), The Ravi Shankar Music Festival From India (studio version 1976) and Shankar Family & Friends (1974). The 56-page book includes a foreword by Philip Glass, a history of George and Ravi “in their own words" and rare photographs from both family archives.