Cuban Legend Paquito D'Rivera Interviewed at All About Jazz

SOURCE: ALL ABOUT JAZZ PUBLICITY
January 25, 2011
Sign in to view read count 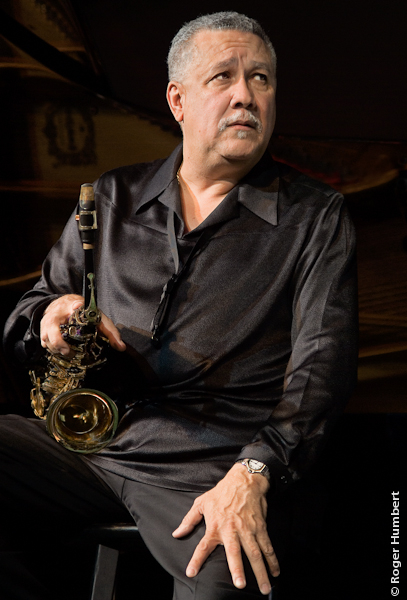 slideshow
There is almost nothing Paquito D'Rivera hasn't accomplished since his arrival on the U.S. jazz scene in the early 1980s, when the young Cuban arrived from Spain—the first spot he hid when he defected from his home nation and its Communist rule that denied personal freedoms and forced musicians playing jazz to call it something else in order to avoid punishment.

Since then, the 62-year-old reed man (alto saxophone and clarinet)/composer/arranger has won nine Grammy Awards in Latin, jazz and classical categories and received a Lifetime Achievement Award from Carnegie Hall for his contributions to Latin music. In 2005, he received the esteemed status as National Endowment for the Arts Jazz Master, the same year he went to the White House for the National Medal for the Arts, with people like Wynton Marsalis and actor Robert Duvall. In 2007, D'Rivera was honored with the Living Jazz Legend award in a ceremony at the Kennedy Center, in Washington, DC.

R.J. DeLuke spoke at length with D'Rivera, about his two latest releases—Panamerican Suite (MCG Jazz, 2010), Tango Jazz: Live at Lincoln Center (Sunnyside, 2010)—his humble beginnings and near-impossible to imagine experiences that led to his emigration to the United States, and current projects, including his forthcoming memoir, Portraits and Landscapes, already out in Spanish and currently looking for an English publisher.

Check out Paquito D'Rivera: Jazz at the Heart at All About Jazz today!