Crosby, Stills and Nash at the Greek Theatre

SOURCE: ALL ABOUT JAZZ
August 4, 2009
Sign in to view read count 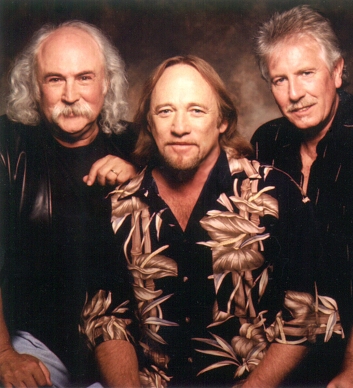 slideshow
Four decades after their first concert together in front of the multitudes at Woodstock, Crosby, Stills & Nash (CSN) take to the road again for four months of dates in the U.S. Canada, Europe and the U.K.

The group David Crosby, Stephen Stills and Graham Nashjust announced a second North American leg for their 2009 tour, which extends the itinerary through September. The Los Angeles stop will take place at the Greek Theatre on Wednesday, September 23 at 7:30 PM.

The tour kicked off on June 3, the day after Rhino Records release of Demos. Featuring 12 previously unreleased tracks recorded between 1968 and 1971, Demos spotlights destined-to-be-classic songs later heard on CSNs group and solo titles. The disc opens with the trio harmonizing on Marrakesh Express, recorded four months before the song came out on the groups self-titled 1969 debut LP. Other rarities include seminal takes on Almost Cut My Hair, Chicago, Love The One Youre With, Sleep Song and Long Time Gone.

Just after the tours initial North American leg wraped on June 14, CSN was inducted into the Songwriters Hall of Fame (SHOF) on June 18 in New York City. The honorwhich follows their 1997 induction into the Rock and Roll Hall of Famerecognizes CSN as a group, and each member as individual solo artists. It also acknowledges the groundbreaking music each created prior to forming CSN: The Byrds (Crosby), Buffalo Springfield (Stills) and The Hollies (Nash). This convergence of rock n roll pedigrees led to CSN becoming known as musics first supergroup.

CSNs music became a cornerstone of rock n roll with their self-titled 1969 debut LP, now one of Rolling Stones 500 Greatest Albums of All Time. 1970s Dj Vuanother 500 Greatestfollowed, the first album from the groups four-man line-up with Neil Young (CSN&Y). Ever sincethrough changing times and various configurationsCrosby, Stills & Nash have continued to tour and record as three together.