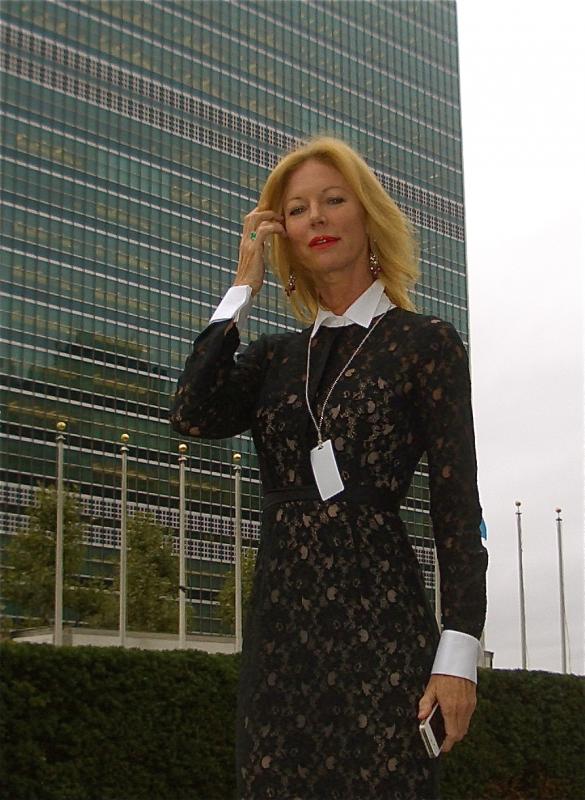 From the UN official site:

“CYNTHIA BASINET, actress, singer and humanitarian advocate, lamented that thousands of people of Western Sahara had lived as refugees, without the opportunity to fully enjoy their lives. That situation had led to tyranny, poverty and untold hardship, she said, stressing the need for self-determination to salvage them from the deprivations. Regrettably, the international community had turned a blind eye and remained stagnant on a referendum for the people of Western Sahara, and she implored the United Nations to remain forthright and steadfast in its responsibility to enable them to achieve self-determination."

Cynthia visited the Algerian based camps in 2001 in efforts to raise awareness for the Saharwian refugees living in self-determination and has addressed the UN on numerous occasions on their behalf.

In 2005, she was nominated for a shared Nobel Peace Prize as part of the “1000 PeaceWomen Across the Globe" to highlight the thousands of women working on peace projects around the world.

The Los Angeles native is best known for her hit, “Santa Baby" and her latest CD, “The Standard", 15 years in the making teams her with artists like pianist Lee Musiker, available now through iTunes and Amazon.