Baronesa by the ineffable chanteuse Cristina Morrison is an amorous masterpiece. Ms. Morrison's dark and smoky voice is so perfect for this kind of musical setting. --Raul da Gama, Latin Jazz Network 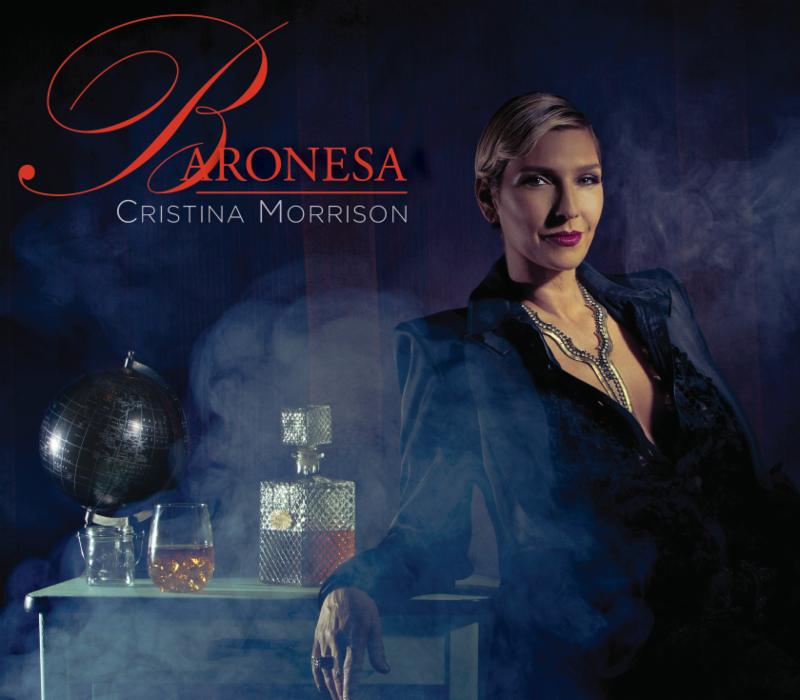 slideshow
Singer & actress Cristina Morrison returns to Rockwood Music Hall for her Baronesa album concert release on Jazzheads. Morrison here plays with an array of vocal styles bringing to her interpretation her background as an actor. On stage her show has organically evolved into a more theatrical experience as she works with visual artist Laia Cabrera. Baronesa's lyrics are in English, Spanish, Portuguese & Italian making this record a cross genre eclectic world jazz album. Cristina keeps her close tie to the Galapagos Islands as they're an important place for her soul and her creative process. As part of her social cause a percentage of her record sales support an educational program through art in the public schools of Isabela Island.

Cristina has been gaining international attention, recently being featured on CNN Español at Ismael Cala's talk show in Miami. She was also interviewed on Telemundo 47, serving New Jersey and New York, and she was featured in El Diario. Join her in this new eclectic cross-genre world jazz musical adventure on September 29 at Rockwood Music Hall - NYC!

“Vocalist Cristina Morrison is as worldly and well-traveled as they come. She was born in Miami and spent time living in Rome, Quito, the Galapagos Islands and Los Angeles before landing in the Big Apple. Morrison possesses a voice that's alternately soothing, sassy, straightforward or sly, and she brings it to bear on a diverse array of original and oft-covered offerings." —Dan Bilawsky, All About Jazz

“Baronesa by the ineffable chanteuse Cristina Morrison is an amorous masterpiece. Ms. Morrison's dark and smoky voice is so perfect for this kind of musical setting. Stories of seduction, of mesmerising beauty and of strange and beautiful musical topographies just seem to fall into place with the utterly irresistible voice that is led by - and sometimes plays off - the tantalising lines that unfold in the pianism of Misha Piatigorsky. Cristina Morrison and Misha Piatigorsky are a natural pairing, both offering musical meditations on fantasy and reality." —Raul da Gama, Latin Jazz Network