SOURCE: ALL ABOUT JAZZ PUBLICITY
September 2, 2019
Sign in to view read count 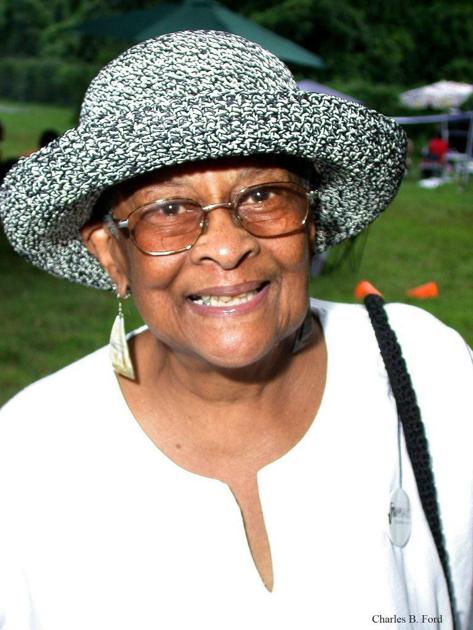 slideshow
Mary Lyerly Alexander was born July 23, 1927 to Bettie Blair Lyerly and Goler Lyerly in High Point, North Carolina. An only child, Mary and her parents lived as an extended family with her first cousin, saxophonist John W. Coltrane, his parents and their maternal grandparents. Her grandfather, Rev. William Wilson Blair, an activist who was elected a Chowan County Commissioner in 1896 who later became pastor of St. Stephens African Methodist Episcopal Zion Church, built the family home at 118 Underhill Street in the heart of High Point’s African American community.

Mary attended Leonard Street School where she was valedictorian of her class and William Penn High School in High Point. She continued her education in Newark, New Jersey and earned an Associate Degree from Community College of Philadelphia.

Following the deaths of their parents and husbands, Bettie and her sister Alice moved their family to Philadelphia and resided in the East Poplar community until moving to the house on 33rd Street in Strawberry Mansion that John purchased after returning from the Army. The house served as the family home for John, “Cousin Mary” as she is known in the jazz world, and their mothers. She inspired the composition “Cousin Mary” on Coltrane’s landmark album Giant Steps. The Coltrane House on 33rd Street was named a national historic site in 1999.

In the 1960s, Mary moved to New York for a short time where she was an independent booking agent for various jazz musicians and clubs. Although she had none of her own, Mary had a special place in her heart for children in need and raised young Zade Bettis as her son. She shared her love for children with the School District of Philadelphia where she was a longtime teaching assistant at Gideon Elementary School in North Philadelphia until her retirement in 1987.

In 1977, Mary married the love of her life, William “Billy” Alexander, who complemented her perfectly. They had a deep and abiding love until his death in 1995.

Mary followed in the footsteps of her activist grandfather and was involved in several community organizations in Strawberry Mansion. She was also very involved in Philadelphia’s jazz community. She served on the board of the TraneStop Resource Institute and in 1984, convinced other members of the board—keyboardist Shirley Scott; Eloise Wood-Jones, wife of Philly Joe Jones; Sophronia “Sophie” Stewart; vocalist Dottie Smith, Professor Linda Williams and writer Marilyn Kai Jewett—to resign and form their own organization—the John W. Coltrane Cultural Society. Mary and the women wanted to focus on educating African American youth about jazz and the world renowned jazz artists from Philadelphia. Her husband Billy worked with Mary and the women every step of the way in establishing the organization.

“I met Cousin Mary at my first TraneStop board meeting and we hit it off instantly,” recalled Jewett, one of two surviving founders of the JWCCS. “Cousin Mary was a strong woman of integrity and conviction who spoke her mind. She was not wishy washy, liked things done the correct way and didn’t allow anyone to roll over or dismiss her. She sincerely loved and was devoted to her family, her community, the youth and most of all, the music.”

The John W. Coltrane Cultural Society was born in 1984 and incorporated in 1985. The group was headquartered at the Coltrane House where Mary and her husband resided. Its mission was to counteract negative constraints facing inner-city youth through presentations of the positive cultural forces embodied in jazz and other cultural programs; preserve jazz as an American music tradition by making the contributions of African American jazz artists more visible and accessible; and preserve the genius and legacy of John W. Coltrane by establishing the John W. Coltrane Cultural Center.

Cousin Mary was spokesperson for the organization and also conducted a lecture series on Coltrane’s life and music at various universities and conferences. The major fundraiser was an annual Coltrane Birthday Celebration/Tribute held each year in September that featured internationally-known artists including Coltrane’s son Ravi, and the Summer Backyard Concert Series at the Coltrane House that featured national and local professional jazz artists, poets and young emerging artists. Mary knew all of the musicians and always booked both events.

Cousin Mary sold the Coltrane House in 2004 before she had a massive stroke in 2005 which rendered her speechless. She resided at the Watermark nursing facility in Philadelphia until her death.

In addition to son Zade Bettis, she is survived by cousins Ravi, Oran and Michelle Coltrane; a stepdaughter Penny and beloved step-granddaughter Shameika. A memorial at Philadelphia’s Clef Club of Jazz & Performing Arts is currently being planned.