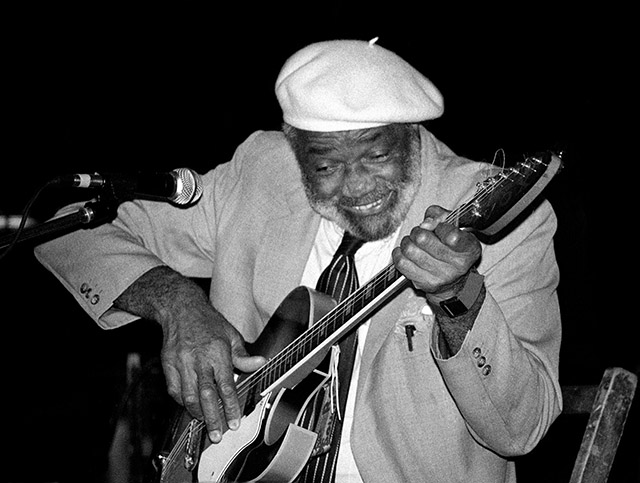 slideshow
Rifftides reader Ries Niemi reflects on the Slim Gaillard performance in the clip from Hellzapoppin'.

It's interesting to contrast this with one of the very last Slim Gaillard clips I have seen, in the movie Absolute Beginners, from 1986. Gaillard was in real life what he plays in that movie- one of the midwives of the birth of postmodernism in music.

The novel Absolute Beginners by Colin MacInnes, on which the movie is based, is part of a trilogy about the invention of the teenager in England in the 50's. Which, in a way, is about the invention of postmodernism, about a culture, music included, with multiple threads that simultaneously question and participate in commercial culture. MacInnes's books show single black hipster immigrants in London, who existed due to the vagaries of late British Empire immigration, education, and labor laws, helping the white teenagers to understand what “cool" is, at which point the white kids, of course, commercialize it in a way the Carribeans and Africans could not. And in the movie, Gaillard is the personification of this older generation of ultra hipsters who leads the way. In real life, of course, he did the same thing--I would argue he is one of the grandfathers of rap music.

The lineage from Slim and Slam's ironic, insider hipster reworking of the dozens, ranking scat singing and the African-American oral tradition thru hipster “jazz poetry" in the 50's, to the Last Poets and Gil Scot Heron in the 60's, and thence to rap is pretty direct. And the irreverance and vocal gymnastics of Gaillard is discernable in one of the other “Godfathers" as well--James Brown.

Whether you like rap or not (me, I find some of it inspired, and most of it drivel, just like all other genres of music) it's hard to deny the influence Gaillard had on it. Ironic, then, that the song he sings in Absolute Beginners is titled “Selling Out."

Ries Niemi is an industrial artist. To see his web site, go here.