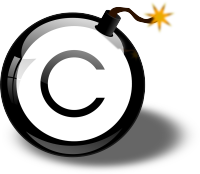 Living as we are in the digital age, any company which plays host to entertainment media on a large is at constant risk of copyright infringement. Whether it's Spotify or YouTube, difficult challenges will inevitably arise over how to best monitor for and remove infringing content. Here we look at factors which determine how companies thread the copyright needle.

In our digital age, companies that distribute and host content online run into constant conflictions with copyright infringement. Difficult questions arise: who is responsible for monitoring and removing copyright infringing work? How does a service stop these infringing works from getting monetized? Who pays the damages? These questions prevail as copyright protections online need constant revision as technologies evolve and access to services predisposed to copyright infringement become universal. The industry’s top streaming services are guilty of hosting and participating in such infringement: Spotify has had a difficult time keeping up-to-date data collections and paying affiliated rights holders while YouTube has been on the defensive when it comes to the monetization of infringing material. These class action occurrences raise larger questions about our own system and what we can do to help end the ceaselessness and casualness of copyright infringement in the music industry.

Spotify is facing major scrutiny when it comes to online copyright infringement in the music industry and has been bombarded with lawsuits because of their inability to compensate artists appropriately. While their responsibility is to pay songwriters a mechanical royalty for the use of their music—more specifically the reproduction and distribution of their work—they have been accused of administering songs without the correct licensing and compensation. At the beginning of 2018, Wixen Music Publishing sued Spotify for $1.6 billion, citing that the streaming giant had been improperly using 10,000 of their songs. 1 Last year, the company paid $43.5 million to cover its unpaid mechanical royalties in a class action settlement brought to them by Melissa Ferrick and David Lowry. 2 That being said, they have made some attempts in the past to deal with this issue. Two years ago, Spotify tried to partner with a blockchain startup in effort to better identify rights holders. 3 More recently, the Music Modernization Act was just signed into law and one of its provisions plans to create the Mechanical Licensing Collective, a centralized database of rights holders maintained by publishers that is designed to exclusively handle statutory mechanical licenses. This entity will collect mechanical royalties from streaming services and distribute them to copyright holders based on the ownership claims set forth in the database. These are claims that songwriters need to make on their songs in order to receive their proper royalty payments. 4 Although this seems to be an overall benefit to the industry and to artists, some may argue that Spotify now has a “get out of jail free” card when it comes to identifying rights holders because they can now point to this database to denounce any claims of negligence.

YouTube also has a problem with reuploaded videos and unidentified rights holders that infringe on an actual copyright holder’s exclusive rights. In YouTube’s case, they used to rely on a provision in the Digital Millennium Copyright Act which prevents them from being responsible for the copyright violations of its users as long as they remove the infringing content when notified by the rights holders. This is called the safe harbor provision, which “limits copyright infringement liability for online service providers that store information on systems or networks at the direction of their users if the service providers meet certain criteria.” 5 This protected YouTube in 2013, when Viacom International Limited accused YouTube of hosting videos that infringe on the company’s intellectual property, such as MTV videos and TV shows like South Park. The court ruled in favor of YouTube, citing the safe harbor provision as a defense and put the $1 billion lawsuit to rest. 6

However, YouTube still struggled with infringement issues. In attempt to solves these problems, in October 2007 YouTube launched their Content ID System, a technology that analyzes and screens videos uploaded by users against a database of content known to be copyrighted, and any duplicate uploads are reported to the copyright holder who then decides what to do with it. 7 Users can set Content ID to block the reuploaded content from YouTube when a claim is made, but they can also allow the video to get monetized through ads, and then partake in all of the advertising revenue. 8 The algorithm has had mixed reception over the years, increasingly so as it begins to evolve. In 2016, YouTube reported that 99.5% of all copyright issues specifically related to sound recordings were automatically resolved by Content ID, and Google reported that it had “generated over $2 billion for partners since it first launched.” 9 However, YouTube had to make some changes to a flawed algorithm, as it would typically not pay the rights holder or the creator while disputes were being examined. Another big problem is that there is no penalty for fraudulent claims against another video, meaning that the system can be abused by individuals claiming fair use without validating that first, and by companies trying to censor negative press. 10

More recently, YouTube have been encountering lawsuits in Europe. The company adheres to under different laws in the EU, and the Austrian Commercial Court found that YouTube is in fact responsible for the copyright infringements committed by its users. In a preliminary decision, the court rejected YouTube’s defense that they are a “neutral intermediary” and that they are in fact responsible for the content they carry. 11 YouTube’s “neutral intermediary” defense was that they are a “host provider” and therefore fell under the protection of the EU’s E- Commerce Act, which specifies that technical service providers are mediators and therefore not liable for the content posted by their users. 11 The court rejected this argument, finding that by “sorting, filtering, and linking” content on its platform and “creating tables of contents according to predefined category,” it shows they are more than just mediators. YouTube is expected to appeal, but it shows that their solution to protecting the exclusive rights of its users is still not completely fixed.

YouTube’s case occurred in June of 2018, around the same time the EU Copyright Directive, a piece of legislation aimed at online copyright laws in Europe, was proposed. The initial vote went against it, but in September 2018, the European Commission approved an updated version of the Copyright Directive to be voted on in January of this year. It aims to deal with the revenue disparity between rights holders and the platforms that host their content online. The legislation has even been supported by Sir Paul McCartney because of its implications for artists in the EU.

The most controversial part of the Copyright Directive is Article 13, which requires Information Society Service Providers (ISSPs) to take the appropriate steps to stop copyright infringement on their platforms by enforcing stricter regulations. 12 Some of these can be seen as very beneficial to artists and other creative types. For example, it would make platforms like YouTube obtain licenses for copyright-protected content that users upload to their site, which could generate billions for the media industry according to the Hollywood Reporter. 13 The European Parliament also says that it strengthens the ability of authors and performers to negotiate by enabling them to “claim additional remuneration from a party exploiting their rights.” 14

However, there is strong opposition to this bill due to its effect on the Internet as a whole. After the first proposal for the Copyright Directive was put forward during the summer of 2018, an open letter from more than seventy individuals was written to the President of the European Parliament warning against the implications of Article 13, and among the signatories were Tim Berners-Lee, Jimmy Wales, and the Electronic Frontier Foundation. One of the main concerns outlined in this letter is that the directive conflicts with the E-commerce Directive, which provides similar protection to platforms in Europe as the Safe Harbor Provision does in the United States. The main concern of the letter is that “Article 13 takes an unprecedented step towards the transformation of the Internet from an open platform for sharing and innovation, into a tool for the automated surveillance and control of its users.” 15 Additionally, there are other concerns that “inverting this liability model” will have a negative effect on European business: the cost of implementing undeveloped and unreliable automating filtering technologies will be significant, and could potentially make European startups and SMEs less competitive because the burden falls more heavily on them. 15

Safe Harbor in the US

Just as this legislation has shown that there has been a push to go in the opposite direction to Europe’s E-commerce laws, the United States has recently seen a push to move away from Safe Harbor Provisions and similar protections for online platforms. The Recording Industry Association of America (RIAA) and the National Music Publishers Association (NMPA) recently drafted an open letter to Vishal Amin, the Intellectual Property Enforcement Coordinator (IPEC), putting forward their concerns that there is not enough legal protection for intellectual property online. Their proposed solution includes “fixing the DMCA, making it a felony to knowingly engage in unauthorized streaming of copyrighted works, and investigating the positive impact that website blocking of foreign sites has in other jurisdictions and whether U.S. law should be revised accordingly.” 16

If this seems somewhat familiar, that is because eight years ago, there were two proposals for dealing with websites in the United States that hosted or facilitated copyright infringing work, namely the Stop Online Piracy Act (SOPA) and the Protect IP Act (PIPA). The aim of these was to blacklist websites that hosted copyright infringing work with the intent of stopping online piracy, and the Recording Industry Association of America (RIAA) defended both bills on behalf of the music industry. Both SOPA and PIPA failed to pass in 2011, but if similar bills were to be brought to the Senate as a result of pressure from the music industry, it is important to examine both sides. The potential consequences of site-blocking on this scale has been seen before, for example, in 2011, when Homeland Security shut down 84,000 non-infringing websites in a widespread effort to stop piracy. 16 Similarly, the Australian Securities & Investment Commission took down 250,000 “innocent” websites in 2013, of which 99.6% were said to have hosted “no substantive content”. 17 This articulates some of the criticism around broad-brush site blocking, arguing that the state having power over the Internet Service Providers goes against freedom of speech, or that it only gives copyright infringers more incentive to find alternate routes. Federal Affairs Manager at the R Street Institute, Sasha Moss, goes as far to say that this method may be completely ineffective, and that “the only way to combat piracy is to create legal and accessible options for sharing content online.”18

It is certainly a turbulent time for intellectual property infringement, but slow progress is being made towards a better system, especially in the music industry. Copyright revision is taking place internationally, which tells us that the music industry is capable of bringing about change, but we must keep pushing.

4 Miranda, John. 2018. The Music Modernization Act Will Create a New Copyright Licensing Organization Called the ‘MLC’. What Will It Look Like? May 6. Accessed November 1, 2018.