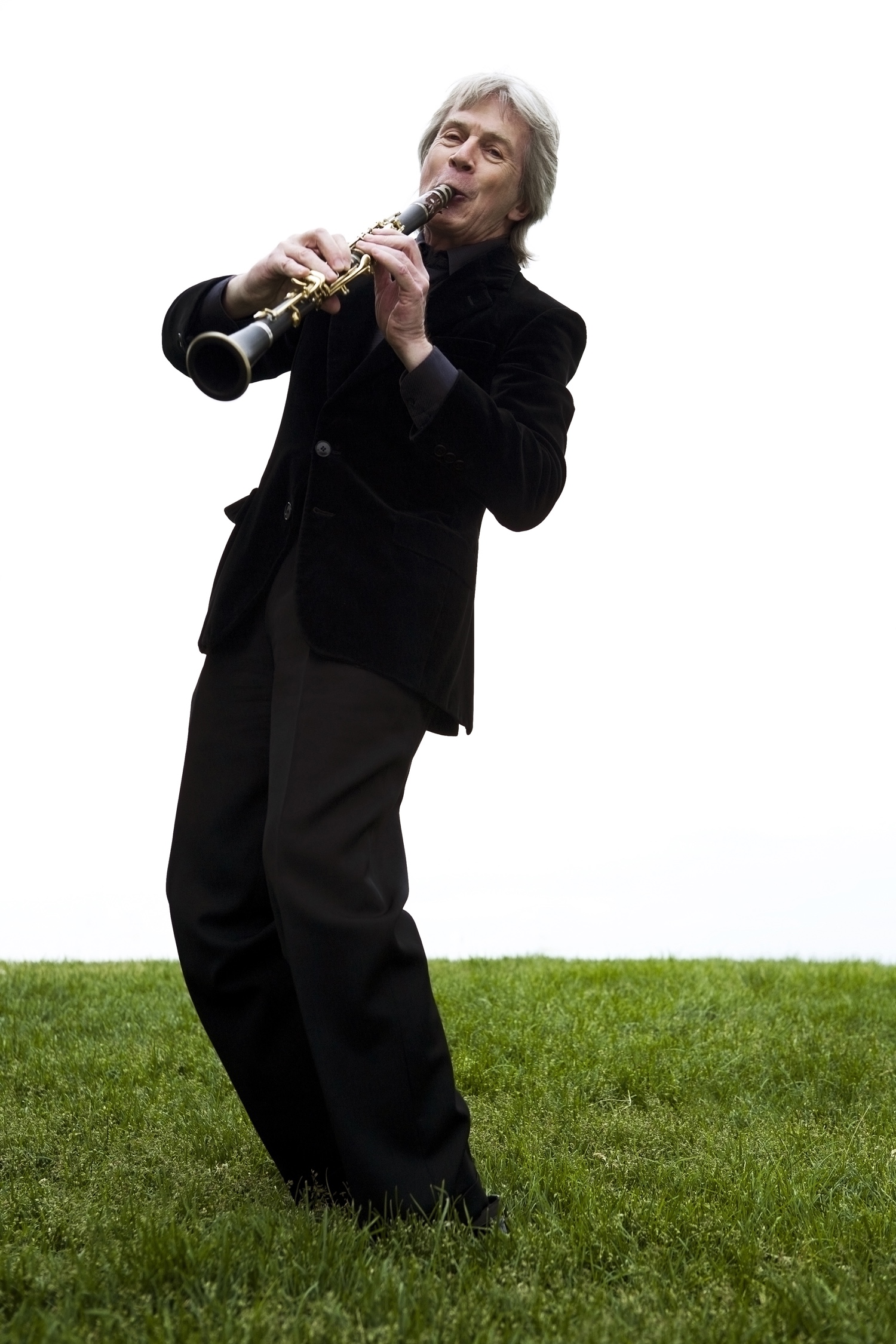 In addition to sharing a married life together, these two consummate artists also share clarity of voice, astounding techniques, musical breath and generosity of spirit. “Our duo is a consummation of the ideals of music,” says Richard Stoltzman. “We are two people who love each other and who are dedicated to making pure music that enriches people. We strive to communicate and share our love for music with everyone in an accessible way.” According to drummer and long-time collaborator Steve Gadd, “when you hear them play, it makes you want to rise up to the occasion.”

Hailed as exceptional virtuosos in both classical and jazz music fields, the Stoltzmans serve as living testimonials to the endless facets of their instruments. Their authentic takes on the marimba and clarinet help build bridges between drums, piano, bass, strings, and dance, and similarly between jazz, classical, pop, and folk music. Mika is a spirited, fearless marimbist who specializes in a meticulous acoustic fusion proving “time and again that she's a brilliantly borderless artist... one-of-a-kind musician (All About Jazz).” Richard is a Grammy Award-winning clarinetist known as a captivating recitalist, chamber musician, jazz performer, and prolific recording artist. He has been hailed as “...an artist of indescribable genius…the preeminent soloist on the clarinet today (The Washington Post),” “one of the most, if not the most, expressive clarinet soloists in the world (Los Angeles Times),” and “the greatest clarinetist of the century (San Francisco Chronicle).”

Marking their collaborative debut, the Stoltzmans join forces with one of modern dance’s most beloved artists, Miki Orihari. Performing her own original choreography, Orihari joins live solos by Mika and Richard in John Zorn’s The Nymphs for Solo Marimba and Stravinsky’s 3 pieces for solo clarinet (1919), respectively. Composer/jazz pianist William T. McKinley wrote a 22-movement work Mostly Blues for Clarinet and Marimba exclusively for the duo before he died earlier this year. Movements two, seven, eight, 11, and 19 will premiere on the Carnegie Hall stage. According to the Boston Musical Intelligencer, this work “show[s]-off their jazz abilities—the clarinet playing a delightful, mischievous melody while the marimba comped in excellent rhythm." Also on the program are the New York premieres of Bill Douglas’s Walz Cantando for Marimba and Clarinet and Chick Corea’s Wigwam featuring Grammy Award-winning bassist Eddie Gomez.

Born in Japan, Mika Stoltzman is a vibrant and exciting marimbist who has performed in major concert halls around the world, including multiple performances at Carnegie Hall. She premiered John Wyre’s Moonlight for marimba and orchestra with the Kyushu Symphony, Bill Douglas’s Marimba Concerto with the Kumamoto Symphony Orchestra and Chick Corea’s Piano Concerto No. 1 on Marimba with Xalapa Symphony Orchestra. In 2012, she performed eight world premieres and her tours in Japan and United States continue to sell out. In a review of her latest release If You Believe, All About Jazz hailed that “Mika Stoltzman is beyond category, to use Duke Ellington’s signature compliment, and she proves it here.”

Clarinetist Richard Stoltzman is a two-time Grammy Award-winning clarinetist whose virtuosity, technique, imagination and communicative power have revolutionized the world of clarinet playing, opening up possibilities for the instrument that no one could have predicted. He was responsible for bringing the clarinet to the forefront as a solo instrument and is still the world’s foremost clarinetist. Stoltzman’s talents as both a classical and jazz musician has led him to perform and record with such classical and jazz greats as Emmanual Ax, Yo-Yo Ma, Chick Corea and Wayne Shorter.

THE STOLTZMAN DUO ON MARIMBA + CLARINET Presented by MIKARIMBA NY