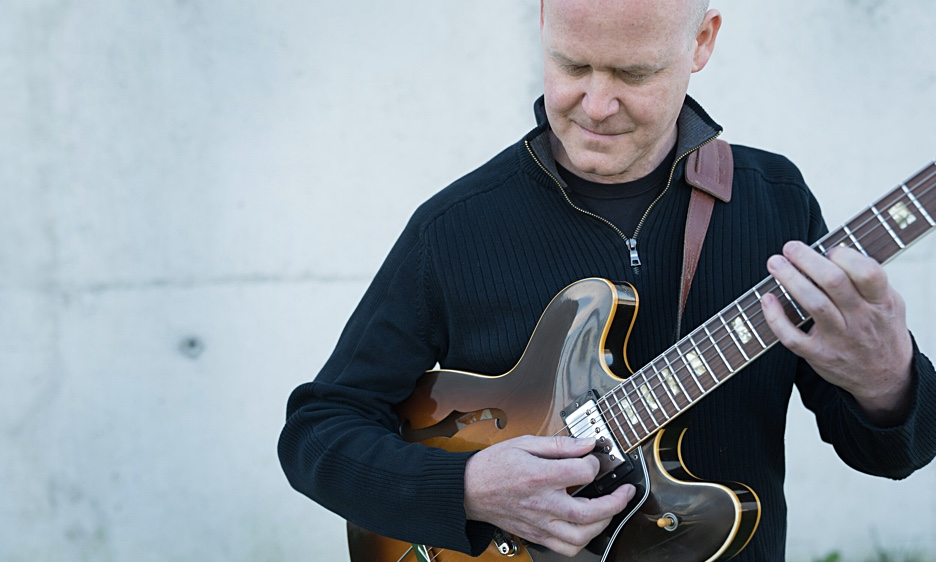 Matt Panayides’ guitar has enough ‘shredding’ to appeal to the fusion fans, but also enough swing and melodic invention for the jazzers. His compositions are complex and full of unexpected twists and are very much on top of what is happening in jazz today. Overall, this CD displays an excellent balance between clever intellect and hard workin’ sweat.
—John Sanders, Jazz Music Archives 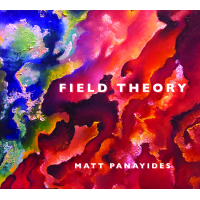 On Field Theory, guitarist and composer Matt Panayides explores new sonic landscapes by mixing electric and acoustic sounds in a set of modern, highly original post-bop compositions. Field Theory is a departure from Panayides’ previous releases, Conduits (2016) and Tapestries of Song (2011), which were both acoustic, modern jazz projects.

Panayides, who grew up in Springfield, OH, and Indianapolis, IN, played piano when he was young but switched to guitar because he was inspired by Jimmy Page and Jimi Hendrix. He discovered jazz in high school and continued his education at the Manhattan School of Music where he studied with jazz guitarist Rodney Jones and pianist Garry Dial, both of whom have had a lasting impact. At MSM, he immersed himself in both the jazz greats and classical music.

He soon began writing for his own quartet exploring fast tempos, bebop chord changes, odd meters, and free improvisation. After school, Panayides was performing in clubs on the New York City jazz scene when the opportunity arose to perform in South Korea. Panayides soon found himself performing his compositions on the other side of the globe with top South Korean musicians, and the four-month gig turned into a three-year stint. These formative early gigs and musical relationships led to more recent collaborations in Asia with in-demand Korean drummer, Oh Jong Dae, and with Alec Haavik, a friend from MSM who has gone on to become a legend on the Shanghai jazz scene.

When he returned to the States, he got busy synthesizing his experiences into a musical vision which he put into practice. Joining forces with heavy NYC musicians, he began performing at top New York venues such as Birdland, Smalls, the 55 Bar and Cornelia Street Cafe, solidifying his unique compositional vibe and guitar playing. These concepts and collaborations culminated in his first two albums, Tapestries of Song and Conduits.

Restlessly inventive, he is always looking for new ways to express himself musically, so in 2018 he began experimenting with the endless sounds available using different guitar pedals while woodshedding with Matt Vashlishan, a saxophonist and multi-woodwind instrumentalist who has worked extensively in Dave Liebman’s band. With Panayides on electric guitar and Vashlishan on the Akai EWI (electric wind instrument), the concept for Field Theory started taking shape.

Rounding out the band on Field Theory are Rich Perry on tenor, Robert Sabin on bass, and Mark Ferber on drums. Perry is a tenor saxophonist who has recorded 23 albums as a leader and has appeared as a sideman or featured soloist on over 70 more recordings, including with the George Mraz Quartet and the Maria Schneider Orchestra, among others. Bassist Sabin has a PhD and is on the faculty of Hunter College High School. He has appeared alongside such artists as Oliver Lake, Peter Bernstein, Donny McCaslin, Vince Mendoza, and Bob Mintzer, among many others. Drummer Mark Ferber divides his time between Los Angeles and New York and has appeared with Anthony Wilson's Organ Trio and Nonet, Billy Child's Chamber Ensemble, Wadada Leo Smith, Lee Konitz, Fred Hersch, Norah Jones, and his twin, Alan Ferber, and others.

Although Panayides’ approach to composition is influenced by the harmonic language of modern jazz composers like Wayne Shorter and Herbie Hancock, he set out on his own path, writing tightly structured arrangements with dissonant harmonizations with ample space for improvisation. Panayides says, “For me, the ideas for compositions come as if from another place. They can appear at any time, sometimes while practicing or on a gig. But the ideas can also come in a dream, or while driving, or standing in line. The trick is to capture these little musical nuggets as best I can so I can organize them later. This entire album was conceived in this way.”

The music on Field Theory is complex and modern yet exciting and accessible. The contrast between the electric guitar and EWI with the upright bass and tenor sax creates rich textures. The album opens with “Kite Flying,” a straight-ahead tune with a spiral-like descending line led by the guitar, yet tightly harmonized by EWI and sax. On “Disturbance,” Panayides introduces an angular ostinato melodic fragment that the band latches onto, warping and twisting the meter creating an ominous feel. “Closer Now” begins as a minor blues ballad, but the turnaround goes to an unexpected place harmonically, and opens up for the drums. “Field Theory,” the title tune, grew out of a groove in 7/4 that Panayides was vamping on, which suggested a tone-row which spawned the chromatic melody. It features a collective free improvisation section between the sax, EWI, and guitar before returning to the groove. Panayides composed the straight-eighth, ”Looking Round Corners,” while experimenting with a pedal that can shift pitches up a perfect 5th. The sax and EWI introduce themes that combine as counterpoint. “Energy Mover” is a fast swinger with a muscular guitar melody moving through shifting chord changes with an irregular form. “2.27.20” is the date the tune, indeed the entire album, was recorded right before the pandemic lockdown. To capture the moment, Panayides had musicians randomly select a sketch of a sine wave. Armed with only a stopwatch set to 3 minutes the musicians were asked to play the sketch. “Pentafolk” is a suite in four parts. Panayides envisioned a visit to an alien planet when he composed it, with each part reflecting a different part of the experience, from Landing in part 1 to Departing in part 4. The album closes with “Self Narrative,” a meditative line interrupted by distorted guitar bursts that features Perry’s haunting sax.

Field Theory is a contemporary jazz album that does not completely abandon traditional forms. Panayides invites the listener in with music that is at once familiar, yet largely unexpected, with pops of contrasting colors that weave together images of sound that tell stories not unlike a great abstract painting.

Field Theory will be available on April 9, 2021 on Pacific Coast Jazz.