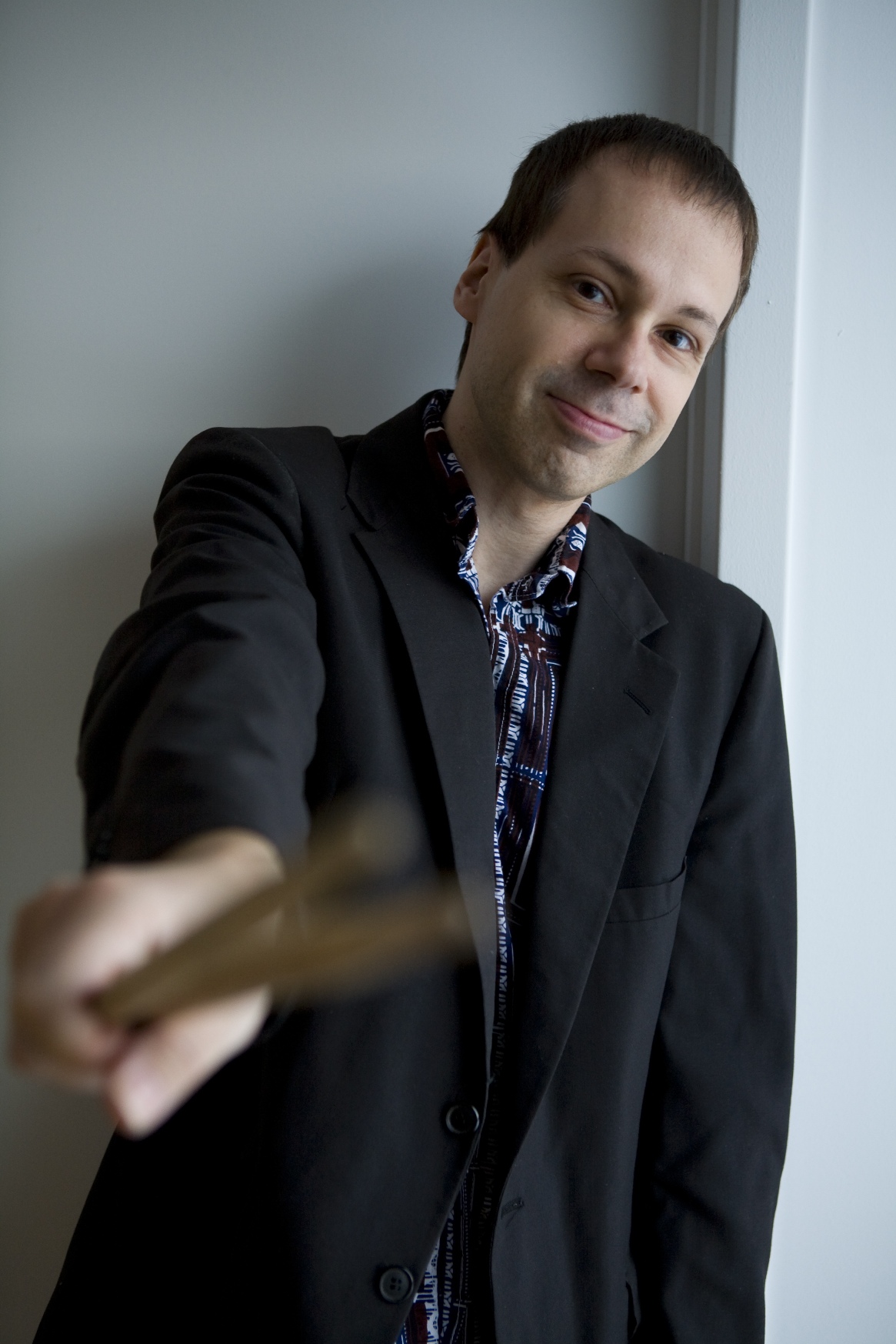 New York City, NY — Composer/percussionist Lukas Ligeti today announced a robust 2015 season in anticipation of his 50th birthday (6.13.15). A champion of intercultural music and arguably one of the world’s most ingenious composers, Lukas is celebrating with world premieres at Roulette, two album releases, live performances with his jazz hybrid trio Hypercolor, a weeklong Stone residency, and more. See below for a complete schedule.

As Lukas approaches 50, he is well placed to continue on his sonic voyage to discover and produce thought-provoking, intercontinental, chaotic yet beautiful music. “It is thrilling to be entering my fifth decade with great ebullience and an insatiable hunger to create new, adventurous music,” says Lukas. Known for embodying a disruptive, innovative approach to music, Lukas strives to find new sounds through cross-cultural and cross-genre collaboration. “When I compose, I always want to present something new. I hope to innovate and deliver works of the highest integrity.”

Kick-starting 2015 is the release of two jazz albums: Hypercolor (Tzadik) with Lukas on drums, Eyal Maoz on guitar, and James Ilgenfritz on bass; and Imaginary Images (Leo) with Lukas on drums and Thollem McDonas on piano. According to NYC Jazz Record, Lukas “has paved his own road as both a protean composer and improviser and on his latest pair of sonic explorations, he showcases both strengths.” Upcoming performances include a month-long nationwide CD release tour with Hypercolor as well as a weeklong Stone residency showcasing some of Lukas’s old and new improvised projects. And, a special birthday festival celebration sponsored by the Austrian Cultural Forum New York will take place at Roulette featuring premieres of Lukas’s work for chamber orchestra Ensemble Mise-En.

Lukas has written 25+ commissioned works, composed 50+ world premieres, recorded 12+ albums, performed in 30+ countries, and taught at 20+ universities around the world. He neatly bridges the classical-modernist-world-music divide by combining his post-minimalist compositional style with other facets of contemporary expressions such as noise and electronics as well as indigenous non-Western musical and cultural influences.

His contemporary classical writing is polymetric and polytemporal, absorbing rhythms, forms, and concepts from a variety of African sources. Having participated in cultural exchange projects in Africa for the past 20 years, Lukas uses an African template for his explorations of rhythmic improvisations and extremities. “I’m interested in creating consonances and dissonances of rhythm,” says Lukas.

As a percussionist, he enhances his prodigious technique with a frenzy of prerecorded samples from his many journeys to Africa, the deepest of roots music, and cyclonic electronics. He often performs on the Marimba Lumina, an electronic percussion instrument invented by synthesizer pioneer Don Buchla. “Ligeti on the electronic sampling drum set is currently probably without peer in the music scene.” (Jazz- Podium)

Brooklyn-via-Austria percussionist/composer Lukas Ligeti is a pioneer in the field of experimental intercultural collaboration and has created some of the most strikingly original music of the past decades. Scion of avant-garde classical pioneer György Ligeti, Lukas has long been involved in contemporary classical music but is also known for his experimental forays into jazz and world music genres, including work in various parts of Africa. His music, often characterized by complex polymetric structures, ranges from the through-composed to the free-improvised and frequently involves live electronics. Lukas has been commissioned by the American Composers Orchestra, Bang On A Can, Kronos Quartet, to name a few; composed music for installations and choreographers; and founded several bands including Hypercolor, Notebook, and Burkina Electric, the first electronica group from Burkina Faso.

“There's something original here... his music is defiantly individual.” —The Guardian

“Lukas Ligeti is a bit of an enigma ...his work regularly veers into some of music’s less charted waters.” —Gramophone