There's nobody else out there I hear even attempting to cover some kind of similar range, and do it so convincingly —All About Jazz 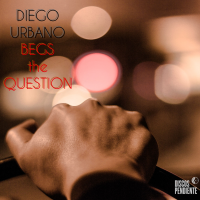 SEATTLE, WA — Known for his multifaceted musical personality, composer/musician Wayne Horvitz ventures into progressively-inclined acoustic jazz and ultra-modern classicism in his latest album, Some Places Are Forever Afternoon. Written in honor of the iconic Northwest poet Richard Hugo (1923-82), Some Places Are Forever Afternoon is a full-length suite of 12 compositions influenced by different poems of Hugo’s. A colorful 28-page booklet featuring the poems and complementary photos accompanies the CD. In its final iteration, Some Places Are Forever Afternoon will tour in Fall 2015 including stops in the Northwest where Hugo lived, loved or wrote about and a New York City premiere at Roulette; there will also be a world premiere of an orchestral work for Seattle Symphony and guitarist Bill Frisell. (See below for tour schedule.)

“It is Hugo’s enduring love of music, rambling, and the places of the Northwest that inspired me to interpret his work,” says Horvitz. Born in White Center, Hugo crisscrossed the Pacific Northwest, Idaho, and Western Montana before settling in Missoula, Montana. From West Marginal Way to La Push to the Union Bar Grill in rural Montana, Horvitz followed his footsteps and visited some of the people and places that inspired Hugo. “Having grown up in the culture of the 60s, I am always fascinated by the writers, poets, painters and musicians who were the precursors to the giant sea change that happened in the 60s.”

Like much of Horvitz’s oeuvre, Some Places Are Forever Afternoon is skillfully constructed by combining jazz sonorities and harmonies in a composed structure. At times haunting, his imaginative collage of pre-composed music peppered with improvisation exudes a jazz feel. According to Horvitz, the music directly reflects Hugo’s poems. “Hugo's poems are inherently musical because of the way they sound, the way they read, and the way they are structured. Consequently, the music is fairly structured, really instrumental songs, which is not typical of my work.” Written for septet, Some Places Are Forever Afternoon combines members of two of Horvitz’s most successful groups, Sweeter Than the Day and the Gravitas Quartet. “I have been thinking about putting these two bands together for a while. These are some of my favorite musicians on the planet.”

Horvitz, who turns 60 on September 1st, has gone from being a key figure on the 1980s downtown New York music scene (he was the first booker at the Knitting Factory in NY in 1986) to catalyst for another fertile scene in Seattle over the past two decades (he founded Seattle’s performance venue, The Royal Room, in 2011). Considered one of America’s most creative musicians, he has been called “delightful and original” by Mojo. According to The New York Times, Horvitz “has[d] an evened- out, coherent composing voice that contains[ed] bebop and rock, gospel hymns and country, free jazz and funk and midcentury film music and Charles Ives. There is[was] very little posturing or provocation or wackiness in it.”

Wayne Horvitz (b. 1955) is a composer, pianist and electronic musician who has performed extensively throughout Europe, Asia, Australia, and North America. He is the leader of the Gravitas Quartet, Sweeter Than the Day, Zony Mash, The Four plus One Ensemble and co-founder of the New York Composers Orchestra. He has performed and collaborated with Bill Frisell, Butch Morris, John Zorn, George Lewis, Robin Holcomb, Fred Frith, Julian Priester, Michael Shrieve and Carla Bley, among others.

Commissioners include the NEA, Meet the Composer, Kronos String Quartet, Seattle Chamber Players, BAM, and Earshot Jazz. Collaborators include Paul Taylor, Liz Lerman, Bill Irwin and Gus Van Sant. Horvitz was recently awarded the 2015 MAP Grant (as well as two previous ones) and 2015 McKnight Visiting Composers Program. Recent compositions include The Heartsong of Charging Elk based on the novel by James Welch and 55: Music and Dance in Concrete, a site-specific collaboration with dancer Yukio Suzuki and video artist Yohei Saito. He is the music programmer for The Royal Room, a performance venue in Seattle, Washington, and a professor of composition at the Cornish College of the Arts.

Tracks: Money or a Story; Those Who Remain are the Worst; You Drink Until You are Mayor; Nothing Dies as Slowly as a Scene; All Weather is Yours No Matter How Vulgar?; The Beautiful Wives; for Jim and Lois Welch; In Some Other Home, The Car That Brought You Here Still Runs, Last Place There; You Must Have Stayed Hours; Some Places are Forever Afternoon.