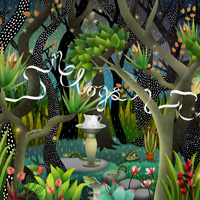 slideshow
Clogs, whose music has been described as “some of the most hauntingly beautiful and spiritually profound chamber music of the last decade" (All About Jazz), present an evening of new music with special guests including Shara Worden of My Brightest Diamond and the Brooklyn Youth Chorus. Their performance on Saturday, March 12th is part of Merkin Concert Hall's inaugural Ecstatic Music Festival.

Newsome's latest work, “Unattended Shadow," is a series of three songs set to texts by Newsome and Susannah Keebler concerning observations about people and places on the fringes of society. Dessner's “Tour Eiffel" is based on the playfully descriptive 1918 poem of the same name by Chilean poet, Vicente Huidobro. Clogs team up with the renowned Brooklyn Youth Chorus, led by artistic director and founder, Dianne Berkun, to present these world premiere performances.

In addition, Shara Worden will join Clogs to perform selections from their acclaimed 2010 album, The Creatures in the Garden of Lady Walton, a song-cycle composed by Newsome and described on NPR Music as “one of the most evocative and appealing records of the year, in any genre." Worden, whose voice has been called “effortlessly soaring" and “an indelible part of what makes this album work" (Pitchfork), pauses momentarily from her My Brightest Diamond project to grace the stage at Merkin with her exquisite voice and presence.