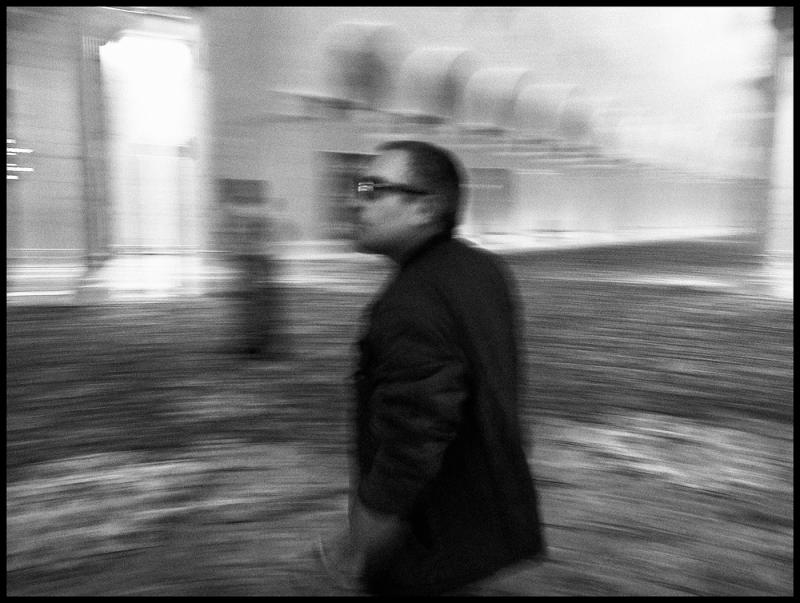 slideshow
Usually when we're on the topic of a record led by a drummer, the story will be about a bandleader and sometimes, the primary composer, who also happens to be the drummer. The burden of carrying of melody and most of the solos usually falls on other players, that ones with the tonal instruments. Not so with Claudio Scolari. His Colors Of Red Island is a drummer's record through and through. But that's hardly what makes it unique. First of all, Scolari isn't even the only drummer on this record; he brought along fellow Italian Daniele Cavalca as an additional drummer, one whose role is on par with Scolari's. Secondly, Colors Of Red Island is no bash-fest. The two feed off each other and interplay much like, say, a trumpet player and a saxophonist interact. Instead of getting into a contest of who can play the fastest or loudest, the pair dedicate their kits to providing tonal colors, percussion elaborations and dictating a natural ebb and flow of songs.

And yes, these songs, all composed by either Scolari or Scolari with Cavalca, are real songs, but real songs with a drummer's vision and an experimental flair. Both play other instruments on the album: Scolari also plays flute, piano and synths, and Cavalca, vibes and bass. The soundscape they create is very open and sparse, with a lot of airy spaces between the instruments, and in these big spaces Scolari and Cavalca roam free to think and perform on instinct. It's almost like hand-made ambient music but with an ECM Records aesthetic, making this a much easier listen than you might think coming from a double-drumming record.

Scolari's 18 year old son Simone plays trumpet on some tracks, but he hardly sounds green to my ears; he displays good tone that help shape the songs and his flurry of notes on “Variation Of Movement" (video below) betrays a good command of his instrument, and one has to think he's only going to get better.

Within the wide parameters Scolari set are tracks that are distinct. The title cut sports a “lead" drummer and a “rhythm" drummer, as father and son Scolari play out the angular melody in tandem on piano and trumpet, respectively. “Dialogues Night" is just Scolari and Cavalca having a conversation via their drum sets. Even in this setting, the emphasis is on timbres and moods, fitting in with the rest of the album. “Earth Dance Explosions" stands out in that it's one of the few areas where power drumming is applied, as a sharp relief to the ambient layer of trumpet and synth. “Infinite Silence" (video below) uses percussion as the rhythmic tool, paired with a lonely flute to evoke tribal rituals. Cavalca transfers his percussion skills over to a vibraphone for “Cold Landscape," set against a distant synth wash and Scolari's 7/4 pace.

Mysterious, winding and nuanced, Colors Of Red Island is soundtrack music to some imaginary movie. But I'd go see the movie just to listen to the music.