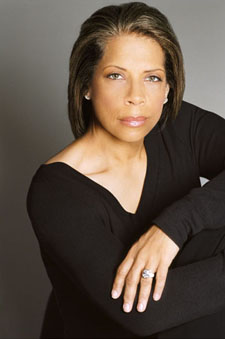 Patti and I first worked together in New York studios in the 1970s, and Ive been an admirer and fan of hers ever since, said Faddis. Her singing reminds me of Ella Fitzgerald in many ways; like Ella, Patti is very musical and possesses a beautiful and versatile instrument. She sings with impeccable taste, intonation and timing she can really make a lyric come to life.

With nine Grammy nominations in the Best Jazz Vocal album category, Patti Austin took home the coveted award this year for her Gershwin tribute. Singing Lady Be Good, Swanee, Who Cares, Funny Face and others, she offers a delectable tribute to the Gershwin legacy. A staple of pop, R&B and jazz over the past 30 years, the versatile singer's career takes listeners on a marvelous musical journey while drawing wisdom and inspiration from the Great American Songbook.

Austin was applauded for her duet with George Benson on “Moody's Mood for Love" in 1980. She sang backgrounds for sessions with Houston Person, Noel Pointer, Ralph McDonald, Angela Bofill, and Roberta Flack and did vocals on Quincy Jones' renowned album, The Dude. And, who could forget her heart-filled renderings, How Do You Keep the Music Playing? and Baby, Come to Me with James Ingram? Other recent albums include Intimate Patti Austin and Love Collection: Collectors Series. On June 21, 2008, she released a single, The Grace of God, a highlight of the AARP Songs of Soul and Inspiration Event, which features Austin, Yolanda Adams, Shirley Caesar, Chaka Khan, Queen Latifah and others. She makes a stop in Chicago amid a full schedule that includes concerts in the U.S., the Caribbean and Europe.

On June 5, 2009, at 8 pm, the CJE takes the stage at Symphony Center for the Chicago Symphony Orchestras Echoes of Nations: Dvok Festival in a performance of Edward Kennedy Duke Ellington: Black, Brown and Beige and The New Orleans Suite. In addition, the CJE travels to Carrollton, GA, for a performance at the Townsend Center for the Performing Arts on Saturday, January 24, 2009, at 7:30 pm.

Log on to Chicago Jazz Ensemble for more information on the 10th American Heritage Jazz Series or call (312) 369-6270.