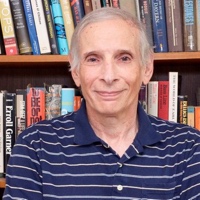 Two non-musicians prominent in the US jazz community have died in the past week. One was a photographer whose images are among the most prominent in jazz history. Chuck Stewart’s intimate work appeared on dozens of album covers and in magazines. He was 89. Among his most familiar photographs were those of John Coltrane. Stewart took the one below at a recording session for Coltrane’s album A Love Supreme.

What is immediately apparent is that his subjects have let him into their inner sanctum. They like him and they trust him. Whether he’s documenting them at a recording session or capturing them in the privacy of his own studio, he knew how to defer to the moment in time that unfolded before him.

Asked in an interview about being labeled, Stewart referred to his variety of subjects, which included stars of popular and classical music, and Harlem street scenes:

I’m called a jazz photographer. What’s that got to do with anything? I’ve also photographed Bo Didley and Leopold Stokowski.

Ed Berger was an author, an accomplished photographer and associate director of Rutgers University’s Institute of Jazz Studies. Like Chuck Stewart, Berger died a little over a week ago. He was 67. He contributed to Jazz Times and was co-editor of the Journal of Jazz Studies. Known for his helpfulness to jazz scholars and musicians, Berger wrote books that brought him acclaim in jazz circles. They include biographies and oral histories. His Benny Carter: A Life In American Music is a definitive study of the life and work of the saxophonist, trumpeter, bandleader and composer. His most recent book is Softly, With Feeling: Joe Wilder and the Breaking of Barriers in American Music (2014), a biography of the trumpeter and an appreciation of Wilder’s approach to music, which was at once lyrical and powerful.