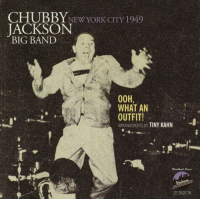 slideshow
In 1944, bebop was virtually ignored by the country's jazz fans—except those in New York, where the new style had first been recorded earlier that year. Viewed initially as unintelligible gibberish and way too fast for dancing, the new style was too complicated. Few musicians could play it authentically, since too few bebop recordings were on the market. And there was a hot-dog component to the music, with artists appearing to showboat for themselves rather than engage and entertain audiences.

Yet less than five years later, bebop was a national sensation—so predominant that virtually all of the swing bandleaders were embracing the style to remain relevant and members of Dizzy Gillespie's fan clubs dressed as he did. What happened between 1944 and 1949? Bebop made powerful friends. As soon as the war ended in 1945, young concert promoters, disc jockeys and jazz writers took up bebop's cause, championing the music and its artists. In bebop's favor was its intellectual appeal and sly individualism. In short, it was hip, winning over a triumvirate of mass communicators.

But there was a third, less obvious factor in bebop's favor—its sense of humor. Musicians like Charlie Parker, Dizzy Gillespie, Thelonious Monk and other bop pioneers were characters—individualists who were polite, courteous and enormously talented. They also were witty and hip, which appealed to concert promoters, disc jockeys and writers, many of whom were outcasts themselves and funny in their own right. One of bebop's funniest cards who combined high energy, talent and a wacky sense of humor was bassist Chubby Jackson.

On Chubby Jackson Big Band: New York City 1949—Ooh, What An Outfit! (Uptown), we get to hear Jackson's off-the-wall sense of humor, his enthusiasm and his gifts as the leader of a monster band. We also get to hear fabled drummer-arranger Tiny Kahn, who died in 1953 at age 30 of a heart attack. His arrangements of Tiny's Blues, Father Knickerbopper and Godchild remain classics. On the last one, Kahn scats the bop vocal.

On this two-CD set, there's a studio date from February 1949, live dates at New York's Royal Roost in March featuring extensive funny banter by Symphony Sid and a newly discovered session from May with Gene Roland and an interview with Jackson from the same month. The rest of the CD includes a 1945 track with Jackson singing My Ideal as well as previously released material from Jackson's Swedish tour in December 1947 and January 1948.

All of the music has been cleaned up here, allowing you to focus on the staggering power of the bands rather than pops and clicks. Bop was at its peak in 1949. Dizzy Gillespie fronted one of his finest big bands (with George Handy, Budd Johnson, Gil Fuller and Jimmy Mundy arranging); Charlie Parker was recording with strings; Bud Powell teamed with Fats Navarro, Sonny Rollins Tommy Potter and Roy Haynes; and  Benny Goodman, Harry James, Tommy Dorsey and Artie Shaw all led bob-flavored bands. Best of all, Ira Gitler, who was a pal of Chubby Jackson's back then, wrote the liner notes, which are comprehensive.

A hip CD set that provides a window into the mayhem and mastery that was bebop in 1949—and the frantic fun that was a chaser to the bullwhip strength of the music's sound.

JazzWax clip: Here's a radio broadcast by Michael D. Anderson featuring an interview with Chubby Jackson and music by the bassist-leader...