SOURCE: ALL ABOUT JAZZ PUBLICITY
September 19, 2013
Sign in to view read count 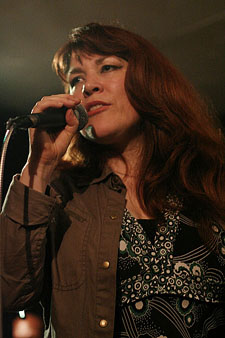 slideshow
Jazz retakes the city of Limerick for four days as the Limerick Jazz Festival returns for its second edition from the 26th – 29th September at various venues around town.

Winner of the special jury prize at the Montreux Jazz Festival in 1968, Stewart is described by Cormac Larkin of The Irish Times as “one of the finest, most fluent guitarists in the be-bop style there has ever been.”

Stewart established his reputation as one of the preeminent jazz guitarists of the day in the bands of clarinetist Benny Goodman, and saxophonists Tubby Hayes and Ronnie Scott. Stewart and Doherty will be playing numbers from their duo album Tunes, released in March, 2013.

Friday sees one of the world’s finest saxophonists, Larry McKenna lead a quartet featuring vibraphonist Tony Miceli, and two of Ireland’s top jazz musicians, Damien Evans on bass and John Daly on drums. McKenna has played with some of the finest jazz musicians in the world and holds the rare distinction of having performed with both Frank Sinatra and Tony Bennett.

Her 2012 album Sailing to Byzantium, inspired by the words of poet W. B. Yeats was described by leading UK magazine Jazzwise as “an unqualified masterpiece.” Tobin will be joined by guitarist Phil Robson and bassist David Whitford in a special program celebrating the music of singer/songwriter Leonard Cohen.

Closing Limerick Jazz Festival at 3pm on Sunday afternoon, the big band Crisis Point features some of Ireland’s finest musicians in a program of old and new arrangements. Special guests include Slovakian gypsy jazz guitar sensation Andreas Varady—recently back from a tour with the legendary Quincy Jones—guitarist Nigel Mooney, Connor Ryan of RTE’s The Voice fame and up and coming singer Aoife Doolan.

Free events, jazz workshops and the Limerick Jazz Trail from 10pm on Friday and Saturday will make for a packed, fun program for lovers of good music.