SOURCE: ALL ABOUT JAZZ PUBLICITY
November 5, 2014
Sign in to view read count 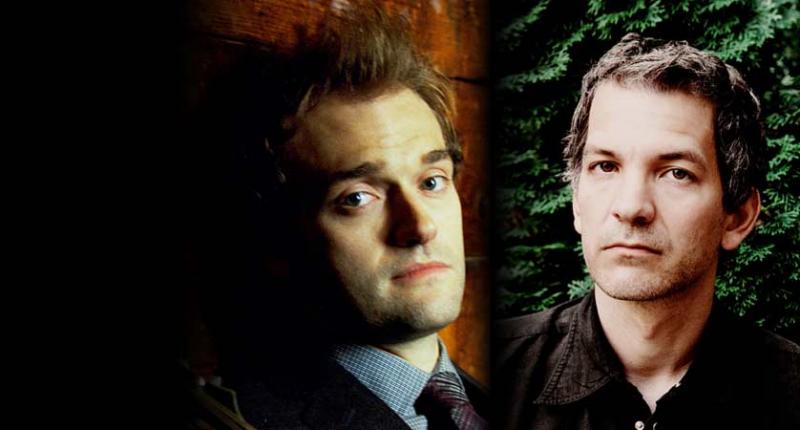 slideshow
The National Concert Hall plays host to one of the most thrilling American musicians of his generation, Chris Thile of Punch Brothers in a new duo with the acclaimed pianist Brad Mehldau. Both artists are inspired by a wide range of composers and songwriters, from Bach to Radiohead. Now these kindred spirits combine their dazzling imaginations in an evening of classical transcriptions, pop covers, and original songs.

One of the most lyrical and intimate voices of contemporary jazz piano, Brad Mehldau has forged a unique path, which embodies the essence of jazz exploration, classical romanticism, and pop allure. From critical acclaim as a bandleader and solo artist to major international exposure in collaborations with Pat Metheny, Anne Sofie von Otter, Renee Fleming, and Joshua Redman, Mehldau continues to garner numerous awards and admiration from both jazz purists and music enthusiasts alike.

His forays into melding musical idioms, in both trio (with Larry Grenadier on bass and Jeff Ballard on drums) and solo settings, has seen brilliant re-workings of songs by contemporary songwriters like The Beatles, Cole Porter, Radiohead, Paul Simon, George and Ira Gershwin, and Nick Drake, alongside the ever evolving breadth of his own significant catalogue of original compositions. With his affection for popular music and classical training, Mehldau has become “universally admired as one of the most adventurous pianists to arrive on the jazz scene in years (Los Angeles Times).” His most recent release is Mehliana (Nonesuch records, 2014) with drummer Mark Guilana.

Chris Thile, of Punch Brothers, has changed the mandolin forever, elevating it from its origins as a relatively simple folk and bluegrass instrument to the sophistication and brilliance of the finest jazz improvisation and classical performance. His most recent release is Bach Partitas Volume 1 (Nonesuch Records, 2013). For more than 15 years, Thile played in the wildly popular band Nickel Creek, with whom he released three albums and sold two million records and was awarded a Grammy in 2002. Recently, Nonesuch Records released the Grammy–nominated Sleep with One Eye Open (Nonesuch records, 2011), an impassioned collaboration/conversation between Thile and guitarist Michael Daves, in which the upstart duo acknowledges the history and tradition of bluegrass while exuberantly defying convention. He is a 2012 MacArthur Foundation Fellow.

“Through his adventurous, multifaceted artistry as both a composer and performer with various ensembles, Thile is creating a distinctly American canon for the mandolin and a new musical aesthetic for performers and audiences alike.” The MacArthur Foundation