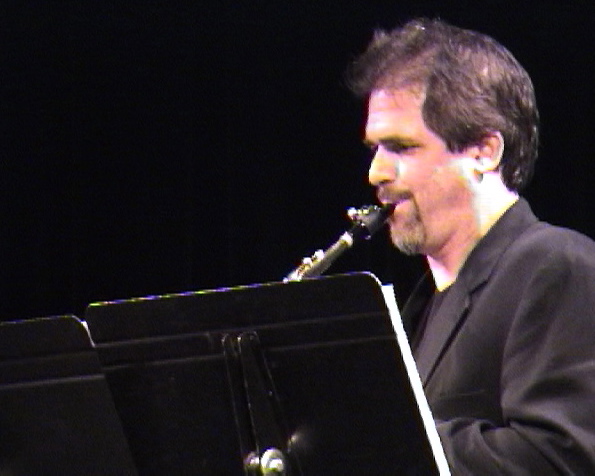 Multi-instrumentalist Greco free lanced, recorded, explored small, medium, and large group formats and was a significant contributor to the jazz culture of Los Angeles during the 1980's and the 1990's. His jazz recordings from this period can be found on the independent label GWSFourwinds Records. The record logo reads “Music for the 21st Century reflecting directions in modern jazz."

Greco is a composer/performer/woodwinds player shaped by the influences of American jazz music, folk, rock and the Western/European classical musical traditions. He holds a D.M.A. (UCLA) in classical saxophone performance, and has professional experience in multiple jazz idioms. Equally comfortable performing both modern jazz and classical music Greco's improvisational skills equal with his ability to interpret and perform twentieth century contemporary classical music. He earned a masters degree in composition, and he has been developing a unique body of work over the past two decades.

His compositions in jazz, chamber music, and contemporary classical music combine a variety of standard and contemporary techniques. Also, some works are associated with philosophical ideas (“The Flight Of A Bird Leaves No Trace"- Pleiadian Call/Music for Trio), and literary ideas (“Sterope"-Trane of Thought). Taken from the liner notes of the project Pleiadian Call/Music for Trio he explains, “the harmonic language eschews functional tonality for a more relevant and more vitally significant tonal/twelve tone synthesis."

Recognition for his work in composition include a 2001 Julius Hemphill Composition Award (“The Flight Of A Bird Leaves No Trace") and ten consecutive ASCAPlus Awards (2002-2011) for his “creative contributions to American music." Greco's recordings on GWSFourwinds include; Well You Needn't, Standards Vol. 1, the electro-acoustic compositions of Trane of Thought, and the chamber jazz of Pleiadian Call/Music for Trio.

In addition to institutional studies Greco studied woodwinds with Los Angeles professionals including the multi-instrumentalists William Green and Douglas Masek, and flautists Diane Allencraig and Gretel Shanley. Although equipped with formal schooling Greco considers himself an autodidact as well; “anyone seriously interested in studying music follows this line, because an excellent musician is one that, I believe, is ultimately self-guided by a compelling desire to learn and explore more, including the music of one's time as well as the music of the past."

Greco has experience as a producer with his independent label GWSFourwinds Records.

The Hollywood Music In Media Awards (HMMA) recognizes and honors the music of visual mediums (film, TV, movie trailers, video games, commercials, music videos, etc.), the talented individuals responsible for creating, producing and placing it, and the music of artists, both mainstream and independent, from around the globe. HMMA is the first music awards event to recognize and honor excellence in music supervision. Iconic artists are presented with Outstanding Career Achievement honors for their accomplishments and longevity in the entertainment field. The awards event features live music performances, celebrities appearances, award presentations, an exclusive VIP reception, and a dinner banquet. The entire event is shot with multiple HD cameras for digital and cable broadcasts.

The Hollywood Music in Media Association is a bold new entity in the music industry and was created to offer the music community knowledge and access to the latest in entertainment technology and wealth building opportunities. Never before has there been an organization in entertainment whose purpose is to bring financial opportunity to the new democratized music industry.

The HMMA's events and services all originate from the basic question: “If the music business was invented today, how would one succeed?" (and what can HMMA provide to make that happen)

We invite you to explore our network of resources and join our global membership to gain access to real opportunities and real answers to the challenges facing musicians and music professionals who deserve the abundance afforded in this industry.