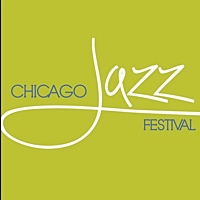 slideshow
The Chicago Department of Cultural Affairs and Special Events (DCASE) is pleased to announce the 37th Annual Chicago Jazz Festival. The festival will take place in Millennium Park and at the Chicago Cultural Center (78 E. Washington Street), September 3-6, showcasing the very best of jazz music from noon to 9:30pm daily. Additionally, the festival is partnering once again with Pianoforte Foundation for a three-concert series to kick off Festival Week. The five–concert Neighborhood Nights series line-up will be announced shortly. The FREE admission Chicago Jazz Festival is produced by DCASE and programmed by the Jazz Institute of Chicago (JIC).

Culminating on Labor Day Weekend, the festival’s programming celebrates both the mainstream of the national jazz scene as well as Chicago’s unique contributions to the art form. The Chicago Jazz Festival has historically made a special point of placing its own distinctly Chicago artistic stamp on the musical proceedings. Fittingly this year’s resident artists represents an especially unique local flair.

One of the most prolific, idiosyncratic and lasting institutions in 20th century music has been the Association for The Advancement of Creative Musicians (AACM). Founded in 1965, by a collective of artists including Muhal Richard Abrams, the AACM was an outlet for a number of wholly unique musical minds. Fittingly, one of the most notable headliners of the 37th Annual Chicago Jazz Festival is a very special reunion of AACM’s Experimental Band, led by pianist and composer Muhal Richard Abrams—the band that is commonly thought of as one of the first, if not the first, AACM ensembles.

Yet the Experimental Band will not be the only AACM act at the festival: long-standing AACM members and musical innovators Steve & Iqua Colson will perform one of their first concerts in Chicago since they relocated to NYC, with a band comprised of AACM Chicago musicians. Additionally, Douglas Ewart, a constant sonic seeker since his arrival in Chicago in 1965, will bring his unit Inventions, featuring 9 Chicago musicians, featuring Ewart (winds, vocals & percussion), Dee Alexander (vocals), Edward Wilkerson (saxophone), Jeff Parker (guitar), Dushun Mosley (drums) with special guest Darius Savage (bass). Festival organizers will honor the centenary of the late composer and arranger William Thomas ‘Billy’ Strayhorn with new arrangements of his iconic repertoire, made famous predominantly by the Duke Ellington Orchestra, here performed by The Chicago Jazz Orchestra under the direction Jeff Lindberg. Featured guest arrangers interpreting Strayhorn's music will include Chicagoans Edward Wilkerson, and trombonist, composer Tom Garling, drummer and composer John Hollenbeck, trumpeter and arranger Steven Bernstein, and Gordon Goodwin.

he CJF will also be celebrating the centennial of Billie Holiday: rising star vocalist José James —a Minneapolis native who has been noted for melding R&B, singer-songwriter sensibilities with his core jazz training— will bring his Yesterday I Had the Blues project to the festival, a celebration of Holiday’s mus

This year also marks the 25th anniversary of the Americans with Disabilities Act and CJF, DCASE and JIC are proud to recognize this civil rights milestone and promote full inclusion of people with disabilities by partnering with ADA 25 Chicago to present New Orleanian pianist Henry Butler with slide trumpeter Steven Bernstein & The Hot 9. The debut recording by this frolicking bluesy New Orleans second line band, Viper's Drag, recently revived the legendary Impulse! Records label, which had been dormant for at least a decade. In conjunction with this ADA celebration, the CJF is proud to host one of jazz's most prominent figures in pianist Fred Hersch. Hersch has had a long bout with HIV.

This year the Chicago Jazz Festival will bring a wide array of nationally regarded talent: saxophonist Mark Turner, whose most recent album Lathe of Heaven (ECM) was acclaimed as one of the best records of 2014; the Craig Taborn Trio, whose 2013 release Chants (ECM) was met with universal celebration; The Claudia Quintet, drummer/composer John Hollenbeck’s unclassifiable brainchild with a surprise special guest: vocalist Cyrille Aimée, who has charmed international audiences; and saxophonist/flutist Jane Bunnett with her all-Cuban band Maqueque.

Yet as the AACM evidences, the city of Chicago has also long been a hubfor experimentation. That lineage has been extended by many of the city’s avant-garde practitioners who will be featured at the festival: bassist Jason Roebke’s Octet (which is flooded with some of Chicago’s most lauded new voices); guitarist Jeff Parker, who for decades was one of Chicago’s most forward looking musicians, before relocating to Los Angeles; and guitarist Andrew Trim’s Hanami Quartet.

Aside from the acclaimed talent, the Chicago Jazz Festival has often been heralded for its inclusion of emerging Chicago musicians, giving them broader exposure than they would otherwise have. Some of these include rising star saxophonist Rajiv Halim, trumpeter James Davis and his group Beveled, drummer Jeremy Cunningham, Brazilian singer Neusa Sauer and legendary pianist Bob Dogan.

Media seeking credentials to review or photograph performances at the festival must submit their request in writing on media letterhead to [email protected] Requests must include whether credential is regular press or photo, indicate the date or dates and provide phone and email contacts. Note: Some artists require approval, and some dictate how many songs may be photographed.

About Chicago Department of Cultural Affairs And Special Events

The Department of Cultural Affairs and Special Events (DCASE) is dedicated to enriching Chicago’s artistic vitality and cultural vibrancy. This includes fostering the development of Chicago’s non-profit arts sector, independent working artists and for-profit arts businesses; providing a framework to guide the City’s future cultural and economic growth, via the 2012 Chicago Cultural Plan; marketing the City’s cultural assets to a worldwide audience; and presenting high-quality, free and affordable cultural programs for residents and visitors.

About Jazz Institute of Chicago

Founded in 1969, the not for profit Jazz Institute of Chicago has programmed the Chicago Jazz Festival in partnership with the City of Chicago since the festival began in 1979. The organization’s mission to promote and nurture jazz in Chicago is carried out by providing jazz education for youth and adults, supporting the creation of new work by Chicago jazz musicians; growing the audience for jazz by presenting programs that are free and available for all and fostering a thriving jazz community.