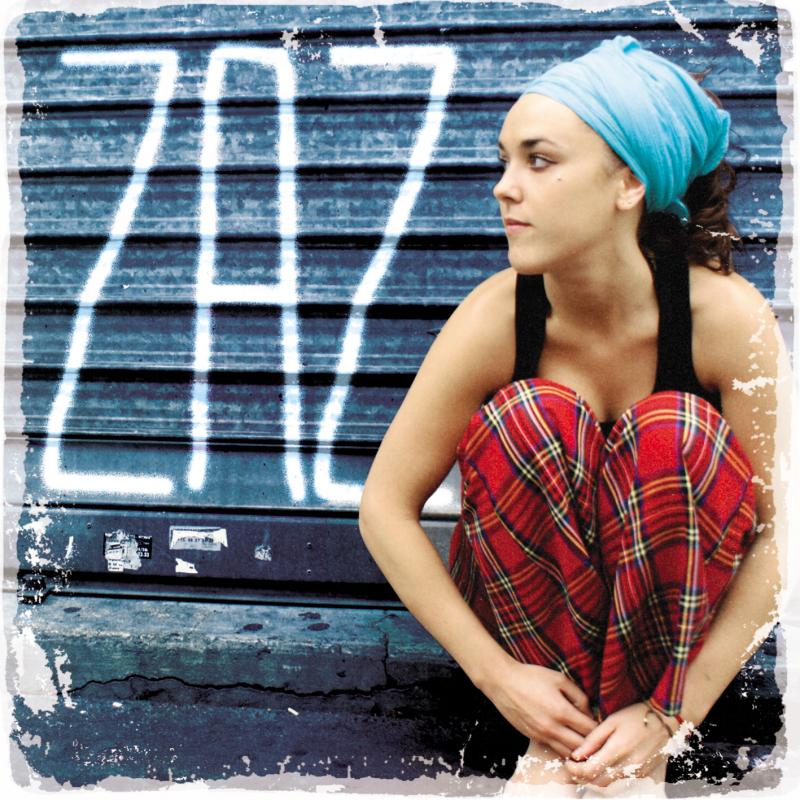 SonyMusic Independent Network (SIN) is proud to announce that they will be releasing Zaz, the US debut and self-titled debut studio record from the chart topping diamond and platinum selling French pop/gypsy jazz singer. Established as an accomplished star in her native France since the release of the record last summer, Zaz is ready to bring her accomplished vocals and hooky, and often playful, songwriting and her combination of jazz manouche and chanson Française to the US.

Zaz (real name Isabelle Geffroy), a singer with a powerful, husky voice, struck a chord with fans and critics when Zaz was released in 2010 on Play On Records. The album went to #1 on the French and Belgian charts and was Top 10 in Switzerland and Germany (where it went to #1 on the iTunes' chart). Zaz was certified Diamond in France, Platinum in Belgium, Switzerland and Poland and is quickly approaching platinum in Germany. She also has an ever-growing hoard of devotees worldwide thanks to her videos on YouTube which have received a remarkable 23 million views.

The first single from Zaz, “Je Veux," which Le Nouvel Observateur said “immediately catches the ear," was eagerly devoured by a growing fan base and was #1 on the French SNEP charts for nine weeks. Watch the video here: http://www.youtube.com/watch?v=Tm88QAI8I5A

With a passion for song, Zaz is truly a musical Renaissance woman. On the record, she assimilates a wide range of influences with unfailing flair, moving from jazz to blues to pop, and French song to African, Andalusian, Brazilian and Latin genres, all with a joyful, poetic enthusiasm.

Although some artists seem to have appeared out of the blue, a closer look at their career shows they have actually been through all the stages needed to win recognition from their peers and the public, one by one. Zaz is no exception. She achieved pop-pro status after years of enjoyable experiences in a huge variety of places and situations. From performing to passers-by on a Montmartre street corner to the large cultural event the Festival Musiques Métisses d'Angoulême (Angoulême Fusion Music Festival), stealing the show at last year's Popkomm, singing to a crowd of 10,000 at the Hendaye Stadium in Southwest France, performing Edith Piaf's greatest classics in the heart of Siberia, appearing at the famous Japanese festival Fuji Rock, not to mention a free concert in a Colombian salt mine, she has accumulated scores of experiences, each more eclectic than the last.

In 2009, Zaz was the surprise winner of the final of the 3rd Tremplin Génération France Bleu/Réservoir (France Bleu/Réservoir Generation Talent Contest) held at the Paris Olympia. She not only conquered the audience, but also made a powerful impression on singer Raphaël Haroche, who wrote three songs for her.

In addition to chart success for the record and the single “Je Veux," Zaz received a positive response from the media. All Music Guide's Jason Birchmeier raved, “The self-titled album debut of Zaz is one of the more exciting French revelations of 2010, boasting a refreshingly unique gypsy jazz style as well as plenty of contemporary pop appeal. She's a talented jazz vocalist, for sure, and her resemblance to Edith Piaf is striking. In addition to her singing, Zaz is a gifted songwriter... Impressive from all standpoints, Zaz is a strong contender for French pop revelation of the year." Le Figaro praised her “urban blues" and said the singer's voice “wins over." Le Parisien proclaimed, “Welcome to Zaz's world of good mood."

The multi-platinum status of Zaz cemented the French sensation as one of Europe's finest new artists and her single leitmotiv is song. She will sing anywhere, as long as she can express herself freely, in words that echo daily life with its sorrows and joys. Discover Zaz's music and join the poetic quest of a young woman whose life is built on song.