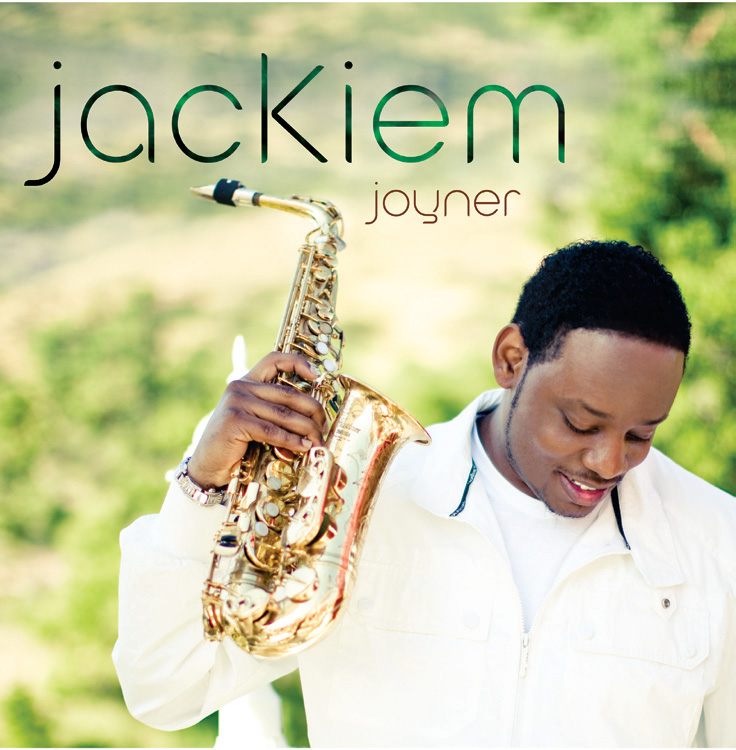 LOS ANGELES--Soul and R&B Saxophonist Jackiem Joyner is back and ready for his close-up. It has already been a whirlwind year for this multi-dimensional saxophonist. Dramatic events offstage, such as reuniting with his father after 23 years, have inspired his work in the spotlight and influenced the songs, sounds and textures used in the creation of his third album, a self-titled disc. The result is the new CD Jackiem Joyner which is set to be released on August 3rd on Artistry Music, an imprint of Mack Avenue Records.

Sonically and compositionally, the new collection reflects artistic progress and evolution while remaining true to Joyner's core sound. Much like a silent film, Jackiem Joyner tells a story without words, with an instrumental voice that for the first time in the artist's recording career includes a tenor sax in addition to his trademark alto and soprano horns. He also plays most of the other instruments on the album. As on his previous releases--Lil' Man Soul and Babysoul--Joyner wrote, produced, recorded and mixed the record aside from a few select cover tunes.

The one thing that shaped Jackiem Joyner most of all during the recording of this new CD was an unexpected family reunion. At the age of 30, Joyner recently reunited with his father and two older sisters whom he had not seen or spoken with since he was seven years old. This exciting gathering spawned the song “The Reunion," which is an aural celebration with a melody as warm and familiar as a homecoming. More striking than their physical resemblance is Joyner's musical resemblance to his father. Joyner's father was a bassist, which subconsciously influenced the deep bass heavy “Back Home Again" which features Joyner letting loose on a free-form sax solo.

Thematically, the moods and tones on this project are varied, yet at their essence they are deeply rooted in the rich soil of soulful expression and raw emotion. Rhythmically, Joyner audaciously explores complex, astute and frenetic beats. Joyner explains, “Ever since I was 12 in my mom's house, I've been drumming on walls, tapping out rhythms with spoons and beating on anything that I can. I still have that habit today. I always hear beats in my head; it's intriguing to see where they take me. This whole record is about writing and making the type of record that I wanted to make. You can really hear me right up front. My first two albums were titled after my nicknames, but now it's just me front and center for the entire world to see, which is why I decided to go with a self-titled album."

Jackiem's last project, Lil' Man Soul topped the smooth jazz radio charts for an incredible 12 weeks. The lead single “I'm Waiting For You" was the longest-running #1 single in 2009 and is up for Song of the Year at the inaugural American Smooth Jazz Awards this year. In 2010 the album's “Take Me There" climbed to the summit position and setup camp.

Babysoul, Joyner's first album, debuted at #15 on the Billboard chart in 2007 led by the single “Stay With Me Tonight," a duet with iconic smooth jazz guitarist Peter White. Both albums were warmly received as Smooth Jazz News named Joyner the Debut Artist of the Year.

As an artist Joyner is truly maturing, yet he continues to exude a youthful enthusiasm. Hitting his stride, he is bolstered by the confidence to take risks and push the envelope creatively. He's hungry yet his humility is admirable. Although he's topped the charts with his solo efforts, he's equally comfortable as a sideman for top acts such as Peter White, Joe Sample, Gerald Albright and Keiko Matsui as when he's commanding the stage solo. However it's becoming more clear that his days in supporting roles are fleeting fast in favor of his rightful position at center stage. Versatile and blessed with a visceral gift, Joyner is a rising star that has yet to reach its zenith.