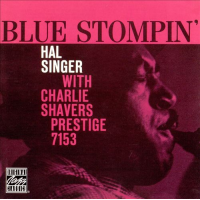 slideshow
I like measuring jazz trumpeters on the heat scale. Imagine Chet Baker and Bix Beiderbecke all the way over on the cool left end and guys like Freddie Hubbard and Woody Shaw on the other end. You can almost plot all trumpeters along this line. In the case of Charlie Shavers, I'd probably put him to the right of center—left of Harry James and Fats Navarro and to the right of Clark Terry and Harry "Sweets" Edison. What set Shavers apart was the versatility of his horn. Shavers could blow smooth and distinct but also turn on the sizzle when songs called for standing out on top. Shavers' horn had a bugle-like quality and shimmering sting in his high notes, as if skeet shooting crystal champagne flutes.

Shavers had plenty of experience. Between 1937 and 1971, he recorded on a whopping 606 sessions, according to Tom Lord's Jazz Discography. For comparison, Roy Eldridge was on 411 sessions, Dizzy Gillespie was on 523, Louis Armstrong was on 653 and Clark was on 929. Shavers played in a gaggle of bands, including Tommy Dorsey's post-war orchestra until 1953, when he became a solo artist for Norman Granz's Jazz at the Philharmonic touring concert series and his Verve Records. [Photo above of Hal Singer]

One of the most interesting albums Shavers recorded in the late 1950s was Blue Stompin' for Prestige in February 1959. Shavers was joined by Hal Singer, who started out a jazz saxophonist Midwest territory bands and worked with Hot Lips Page in the 1940s before crossing over to R&B in the late 1940s.

On Blue Stompin', what we have is a fascinating merger of two talents meeting on the blues playing field. There are six tracks, with Windy and Fancy Pants by Shavers. The title track, Midnight and The Blast Off are by Singer. The remaining tracks, With a Song in my Heart, is by Lorenz Hart and Richard Rodgers. The trio behind the two horns features Ray Bryant (p), Wendell Marshall (b) and Osie Johnson (d). A superb, soulful album with plenty of salt and pepper. [Photo above of Ray Bryant]