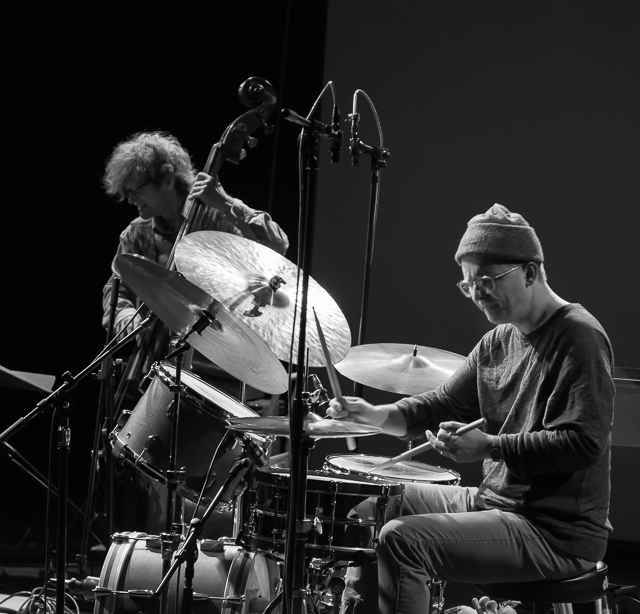 
A figure of the rich and varied Chicago music scene, Charles Rumback is impossible to overlook. Avantjazz, post-rock and ambient electronica are the coordinates of projects involving this drummer with a vision; projects such as Colorlist, The Horse's Ha and Fred Longberg-Holm's Lightbox Orchestra. Now with his first album as a leader, Rumback deals more closely with the jazz tradition. The result is what happens when a post-modernist musician, a practitioner of different approaches in urban music, focuses his chops in a single language and its vocabulary. We may not recognize the origins of some of these ideas and solutions, which are strange to the jazz format, but they are present and at the service of this musical idiom historically known for its capacity to assimilate every influence. Along with Rumback we find artists of a common thread such as Jason Ajemian, Joshua Sclar and Greg Ward. Ajemian's collaborations with the Chicago Underground Trio, Mandarin Movie and Ken Vandermark's Crisis Ensemble speak for themselves. Saxophonists Joshua Sclar (Westport Art Ensemble) and Greg Ward (Mike Reed's Loose Assembly, People Places & Things) are flexible and eclectic performers fully prepared to answer any challenge. With an ensemble like this a fantastic record would almost be inevitable.