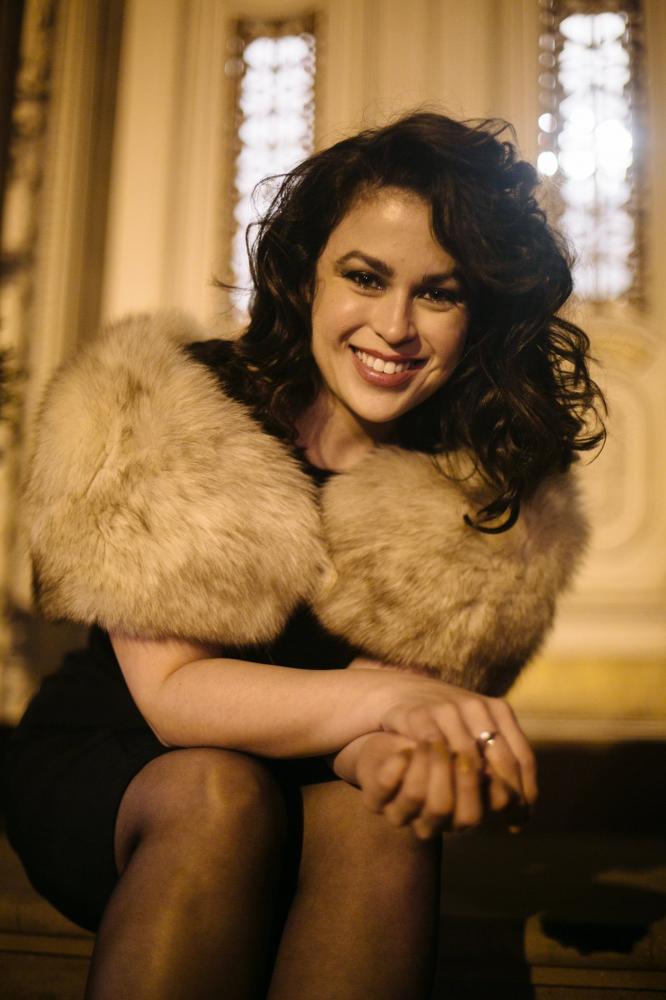 NEW RECORDING AVAILABLE ON SEPTEMBER 18
(on Such Sweet Thunder Records)

“At 21, singer and pianist Champian Fulton has had quite a bit of experience. Raised in a family that revered jazz, she led a small band at age 9, and has been rolling ever since." - Zan Stewart, The Newark Star Ledger

“ . . . now it is possible for those born after the swing era to be in the actual presence of a 15-piece band, the Sultans of Swing, that not only keeps the joy of that heritage alive but has also absorbed much of the spirit and language of the jazz that came after." - Nat Hentoff, The Wall Street Journal

“A swinging young lady fronting a band called the Sultans of Swing is a match made in heaven. Everyone here knows how to kick it out righteously and you just don't have to be an official member of the greatest generation to get the max out of this." - The Midwest Record Recap “Berger's beefy ingredients are his new, fresh-tasting charts -lean, fat-free, deliciously alive and nutritiously crisp." - Owen McNally, The Hartford Courant

Sites: www.sultansofswing.com, www.myspace.com/dbsultansofswing, www.champian.net, www.myspace.com/champianfulton Champian, a recording for everyone who likes songs and singers. Fourteen new arrangements from the Great American Songbook sung by the hottest new singer on the scene today in her debut album accompanied by one of the premiere big bands in jazz. Romance, wit-always hip and swinging. Mr. Berger tells the story, “For a long time, I have wanted to make a vocal album in the tradition of those made by the great popular singers of the 1950's and 1960's. An album that features swinging jazz arrangements of classic American songs, sung by a vocalist who reaches into the heart of each and every listener, be they jazz aficionado or not. On July 4, 2006, our first Tuesday night at Birdland in New York City, I was introduced to a young woman who was sitting at the bar. She told me her name was Champian (not a name you are likely to forget), that she was playing piano and singing on Thursdays at the club, and so it was that she came to check us out. After I returned the favor and heard her perform, she filled in singing with us, did a great job, and 2 months later she joined our band. I started arranging songs for her, and it immediately became apparent that she had a special rapport with the band. Not only did she have musical skills on a par with the other musicians in the band, but also she was a perfect stylistic fit-a true jazz singer. I knew instinctively how to write for her, and in turn, she knew immediately how to fit what she did into the arrangements. After the initial 3 arrangements, we planned an entire album, designing each song specifically to feature her and all the individual players in the band soloistically as well as in different instrumental and vocal combinations. Over the next 6 months we honed those arrangements at rehearsals and at our weekly gig at Birdland".

Champian is available in stores September 18, (6 days after her 22nd birthday).. Also available online at www.sultansofswing.com, www.amazon.com & www.cdbaby.com. Such Sweet Thunder Records, Distributed by City Hall Records David Berger & the Sultans of Swing can be heard on the soundtrack to Denzel Washington's upcoming movie THE GREAT DEBATERS due in theaters nationwide for Christmas. Also you can see the band on PBS in November playing for the Mark Twain Awards show saluting Billy Crystal.

David Berger Producer, leader, arranger Jazz composer, arranger and conductor David Berger is recognized internationally as a leading authority on the music of Duke Ellington and the Swing Era. Conductor and arranger for the Jazz at Lincoln Center Orchestra from its inception in 1988 through 1994, Berger has transcribed more than 800 full scores of classic recordings including 500 works by Duke Ellington and Billy Strayhorn. Mr. Berger maintains a close working relationship with Wynton Marsalis and continues to transcribe and arrange for, and on occasion, conduct the Jazz at Lincoln Center Orchestra. In 1996 Berger collaborated with choreographer Donald Byrd to create the Harlem Nutcracker, a full-length 2-hour dance piece that expands the Tchaikovsky/Ellington/ Strayhorn score into an American classic. The 15-piece band assembled to play this show has stayed together as the Sultans of Swing and continues to play Mr. Berger's music throughout the United States and Europe. Berger has written music for television, Broadway shows, films, numerous singers, bands, orchestras and dance companies. David Berger's jazz compositions and arrangements and transcriptions are played by hundreds of bands every day all over the world. A seven-time recipient of National Endowment for the Arts fellowships, Berger resides in New York City where he teaches at the Juilliard School.

Champian Fulton Vocals/piano Born in 1985, Champian grew up in Norman Oklahoma. Influenced at an early age by her father, Stephen, a jazz trumpet player, Champian fell in love with jazz. Surrounded by her father's musician friends, which included Clark Terry and Major Holley, Champian learned the language of the music firsthand. She began to study piano with her grandmother at age 5. As singing became more and more important, Champian began to play jazz piano to accompany herself at home.

Champian's family moved to LeMars, Iowa in 1994 where Stephen Fulton became the director of the Clark Terry Institute for Jazz Studies, and Champian formed her first band, the “Little Jazz Quintet." “The Little Jazz Quintet" (whose senior member was 12!) performed at many events, most notably Clark Terry's 75th Birthday. In New York City since 2003, Champian has been able to become a part of the Jazz scene. Besides leading her own gigs Champian has been able to play with some world-class musicians such as Louis Hayes, Jimmy Cobb, Frank Wess, and Lou Donaldson. You can catch her at a number of different venues every week in Manhattan including Birdland where she sings every Tuesday night with David Berger & the Sultans of Swing.