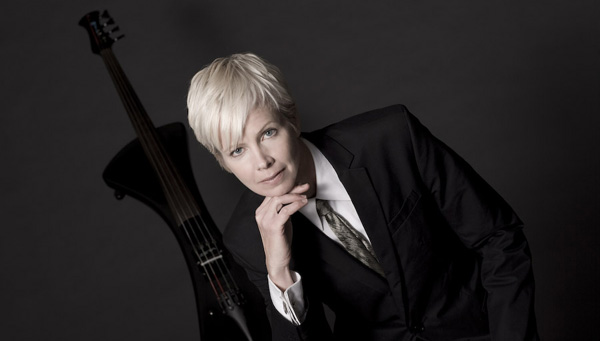 Talking House Records announces the release of Joan Jeanrenaud's Strange Toys. Lauded throughout the experimental and avant-garde world for her “incredible cello technique" (Annie Gosfield) and as “the queen of all us cellists" (Wendy Sutter), for her previous solo album Metamorphosis, and for her 20-year body of work with Kronos Quartet, Jeanrenaud was known mainly as a virtuoso cellist and interpreter of other composer's works. Now, with Strange Toys, she also steps out as a composer - in fact, the entire album consists of her compositions.

Minimalist, polyrhythmic, organic, and electronic all at once, Jeanrenaud's work is accessible to listeners unfamiliar with contemporary classical music, thanks to her bold experimentation with electronic beats, unusual instruments, spoken-word, and other elements. Her extensive use of looping and effects, paired with exquisite solos and perfectly placed guest musicians, makes for a breathtaking sonic aesthetic comparable to Steve Reich, John Adams, and other contemporary composers who bridge the gap between the ancient and the new. Strange Toys was released on June 24.

Jeanrenaud signed with Talking House Records in April 2007 and spent about nine months in the label's studios experimenting and recording the album with Talking House producer and funk-avant-garde artist pc muoz. As Jeanrenaud explains, “Increasingly I'm finding interest in layers of sound, introducing different sources of sound such as sounds found in nature, unconventional instruments, text and found sounds. Improvisations led to compositions, and this CD culls a collection of material that resulted from this exploration over the past seven years. Each of these pieces has its own significance for me during this passage of time, marking an occasion or remembrance."

“Some of the greatest and most interesting figures in modern music have worked with Joan," notes muoz. “Frank Zappa, Steve Reich, John Cage, Tony Williams, Hamza El Din, David Byrne... the list goes on. It's been an honor to be part of her latest journey."

Outside her years with Kronos, she's received the Isadora Duncan Award, and had works commissioned by the Austin Ballet, SF Museum of Modern Art, and the Other Minds Festival, and has worked with Alvin Curran's Philharmonie, Fred Frith, Larry Ochs, Miya Masaoka, The Berkeley Symphony Orchestra, the Paul Dresher Ensemble, AXIS Dance Company and many others.