Celebrate the 2019 NEA Jazz Masters with the National Endowment for the Arts Free Tickets to the April 15 Tribute Concert Available Now!

SOURCE: ALL ABOUT JAZZ PUBLICITY
March 13, 2019
Sign in to view read count 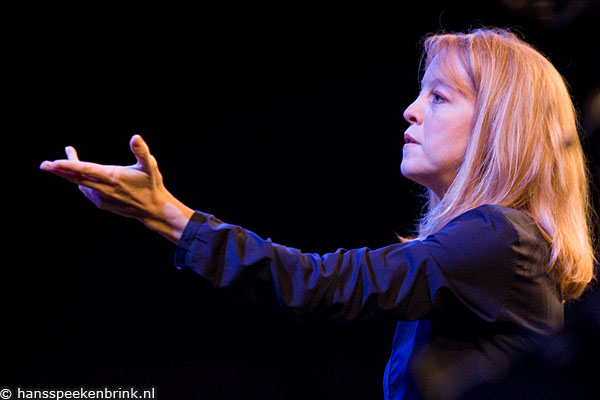 slideshow
The National Endowment for the Arts will honor the 2019 NEA Jazz Masters—recipients of the nation’s highest honor in jazz—at a series of free events this April, held in collaboration with the John F. Kennedy Center for the Performing Arts in Washington, DC. These events—a concert with performances by stars of the jazz and music world, a listening party with in-depth conversations about the honorees’ lives and music, and a student master class with one of the 2019 Jazz Masters—will give the public opportunities to learn about and celebrate these distinguished artists and advocate.

More details about the 2019 NEA Jazz Masters events are below. Join the conversation about the events on Twitter using #NEAJazz19.

Jason Moran, pianist and Kennedy Center artistic director for jazz, will also host the concert, which will include remarks by 2019 NEA Jazz Masters Abdullah Ibrahim and Maria Schneider. Patrick C. Dorian, distinguished professor emeritus of music at East Stroudsburg University of Pennsylvania will represent Bob Dorough, who passed away in 2018 shortly after being notified of his Jazz Masters honor. Loren Schoenberg¸ senior scholar with the National Jazz Museum in Harlem, will represent Stanley Crouch, who is recovering from an illness and will be unable to participate in the Jazz Masters events. In addition, Mary Anne Carter, acting chairman of the National Endowment for the Arts, and Deborah F. Rutter, president of the Kennedy Center, will both give remarks.

Starting Thursday, March 7, 2019 at 10:00 am ET, up to four (4) tickets per household may be reserved for this free concert in person at the Kennedy Center Box Office, or by dialing 202-467-4600 or 800-444-1324. Reservation confirmations should be printed at home (note these are not tickets, but reservations), and will be valid on a first come first serve basis until 7:45 p.m. Monday, April 15, 2019. Print-at-home tickets are unavailable for this concert. Those with reservations should bring their printed reservation confirmations to the Kennedy Center Hall of Nations Box Office on Monday, April 15 between 5:30 p.m. to 7:45 p.m. to receive their tickets on a first come first serve basis. All reservation confirmations not presented to the box office by 7:45 p.m. will be released and distributed through a ticket giveaway line.

Tickets for walk-up patrons will be available the night of the concert on a first-come, first-served basis to those in a giveaway line. Patrons who do not reserve tickets in advance are encouraged to arrive from 5:30 p.m. to 7:45 p.m. to receive tickets via the giveaway line.

If you or a member of your party requires accessible locations or seating in the sign-interpreted and captioned section, please indicate your needs when making your reservation and upon picking up your tickets.

The 2019 NEA Jazz Masters Tribute Concert will be video-streamed live on the National Endowment for the Arts and Kennedy Center websites, as well as the websites for the NPR Music, All About Jazz and Jazz Near You, National Endowment for the Humanities, Voice of America (Khmer, Spanish, Creole, Tibetan, and Chinese services), WBGO, and WPFW. An archive of the webcast will be available following the event at arts.gov. In addition, SiriusXM Channel 67, Real Jazz, and WPFW 89.3 FM in Washington, DC, will audio broadcast the concert live.

On Sunday, April 14, 2019 at 2:00 p.m., NPR will host a listening party in honor of the 2019 NEA Jazz Masters at their headquarters at 1111 North Capitol Street, NE, Washington, DC, 20002. This event will include conversations with members of the latest class of NEA Jazz Masters and others who know them well, using music from their careers to tell the stories of their lives. Joining Maria Schneider and Abdullah Ibrahim will be Aralee Dorough—Bob Dorough’s daughter who is a musician—to discuss Dorough's career, and Christian McBride to talk about Crouch's advocacy of jazz. This event is free and open to the public but tickets are required.

View the NEA Jazz Masters Fellows at All About Jazz

Recipients are nominated by the public, including the jazz community. Nominations are judged by a panel of experts, including previously-named NEA Jazz Masters. The panel’s recommendations are reviewed by the National Council on the Arts, which sends its recommendations to the Arts Endowment chairman, who makes the final decision. The agency encourages nominations of a broad range of men and women who have been significant to the field of jazz, through vocals, instrumental performance, creative leadership, and education. NEA Jazz Masters Fellowships are up to $25,000 and can be received once in a lifetime.

The NEA also supported the Smithsonian Jazz Oral History Program, an effort to document the lives and careers of NEA Jazz Masters. In addition to transcriptions of the comprehensive interviews, the website also includes audio clips with interview excerpts. This project has transcribed the oral histories of nearly 100 NEA Jazz Masters.

About the National Endowment for the Arts

Established by Congress in 1965, the National Endowment for the Arts is the independent federal agency whose funding and support gives Americans the opportunity to participate in the arts, exercise their imaginations, and develop their creative capacities. Through partnerships with state arts agencies, local leaders, other federal agencies, and the philanthropic sector, the NEA supports arts learning, affirms and celebrates America’s rich and diverse cultural heritage, and extends its work to promote equal access to the arts in every community across America. Visit arts.gov to learn more about NEA.

Kennedy Center Jazz, under the leadership of Artistic Director Jason Moran, presents legendary artists who have helped shape the art form, artists who are emerging on the jazz scene, and innovative multidisciplinary projects throughout the year. The KC Jazz Club, launched in 2002 and dubbed “the future of the jazz nightclub” by JazzTimes, hosts many of these artists in an intimate setting; while the Crossroads Club, launched in 2012, is a nightclub dance venue. Annual Kennedy Center jazz events include the professional development residency program for young artists, Betty Carter’s Jazz Ahead; NPR’s A Jazz Piano Christmas, the Kennedy Center holiday tradition shared by millions around the country via broadcast on NPR; and the Mary Lou Williams Jazz Festival, created in 1996 by the late Dr. Billy Taylor (Kennedy Center Artistic Director for Jazz, 1994–2010). The Center co-produces the annual NEA Jazz Masters Tribute Concerts, celebrating iconic figures in the music.