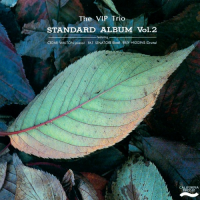 slideshow
It's fair to say that in the 1980s, Japan cared more about high-quality jazz recordings and live performances than the American market. Anyone who frequented record stores in the States then and into the 1990s surely recalls coming across impeccable Japanese reissues of American jazz albums on vinyl and CD. Back then, Japan was riding high, economically, and Japanese companies and individuals who loved jazz had the money to record high- end albums exclusively for the Japanese market.

In 1988, Los Angeles bassist Pat Senatore teamed up with Japan's Ken Akemoto, a Tokyo-based promoter and businessman, to record the Cedar Walton Trio—featuring Walton on piano, Senatore on bass and Billy Higgins on drums. Akemoto was in the States then to record a handful of albums by a range of artist. The studio they chose for the trio session was Mad Hatter Recording Studios at 2635 Griffith Park Blvd. in Los Angeles. It was founded in 1980 by Chick Corea for his production company.

The strategy was to have the trio record 20 standards, and the result was The V.I.P. Trio: Standard Album and Standard Album Vol. 2, on the California Breeze label. The recordings were then sold solely in Japan. Now, they are available as The V.I.P. Trio: Standards and Standards Vol. 2 from Fresh Sound. They've undergone 24-bit digital remastering in Hollywood and sound fantastic.

Volume 1 features Billy Taylor's Easy Walker, Autumn Leaves, Summertime, Body and Soul, Softly As a Morning Sunrise, It Might as Well Be Spring, Early Autumn, The Shadow of Your Smile, Ralph Rainger and Leo Robin's If I Should Lose You and I Didn't Know What Time It Is.

Volume 2 features But Beautiful, Donald Kahn and Stanley Styne's Beautiful Friendship, Spring Is Here, Fly Me to the Moon, Autumn in New York, Kenny Dorham's Blue Bossa, Prelude to a Kiss, The Song Is You, What's New and Antonio Carlos Jobim's Triste.

Walton, a hard-bop veteran who came up playing behind horns, has a heavy hand throughout, but he gives each of these songs a mighty, majestic feel. In the process, songs such as Early Autumn, The Shadow of Your Smile and even But Beautiful assume new brash identities. By giving these standards a bombastic treatment, Walton was able to avoid sounding like a lounge pianist on such material. At times, one hears Erroll Garner and Hampton Hawes in Walton's approach. Gratifying that Jordi Pujol went to such great lengths to revive and restore this one in the digital age so the albums sound as if the trio were playing in your room.