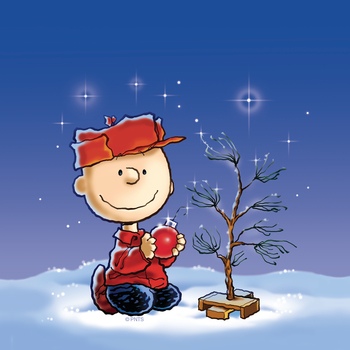 This Family Concert is one of three holiday concerts performed at Carnegie Hall this December by The New York Pops and Mr. Reineke. On Thursday, December 19 at 8:00 p.m. and Friday, December 20 at 8:00 p.m., Mr. Reineke and the orchestra will perform Under the Mistletoe with Ashley Brown, featuring traditional favorites and new holiday hits from one of Broadway’s favorite leading ladies.

Following the Family Concert, the Notables, Carnegie Hall’s young patrons, will host the Fourth Annual Family Party featuring food, crafts, cookie decorating, and other Peanuts-themed activities for children. In addition, guests will enjoy prime seating at the concert. Proceeds support the music education and community programs of Carnegie Hall’s Weill Music Institute, which annually serve more than 400,000 people in New York City, across the US, and around the world, as well as The New York Pops and its free education programs throughout New York City. Concert co-chairs are Julie Turaj and Robert Pohly. Family Party co-chairs include: Carrie Clendenin, Caroline Rocco Dennis, Lyss Stern, Christin Barringer Rueger, Amy Tarr, Sarina Sassoon Sanandaji, and Mary Wible Vertin. Ticket prices include family packages at $500 (4 tickets), single ticket prices for adults are $200, children over 4 are $100, and children 3 and under are $75. For tickets, please contact the Notables office at 212-903-9734 or [email protected]

Steven Reineke is the music director and conductor of The New York Pops at Carnegie Hall, principal pops conductor of the National Symphony Orchestra at the John F. Kennedy Center for the Performing Arts, and principal pops conductor of the Toronto Symphony Orchestra. Mr. Reineke is a frequent guest conductor with The Philadelphia Orchestra and has been on the podium with the Boston Pops, The Cleveland Orchestra and the Chicago Symphony Orchestra at Ravinia. His extensive North American conducting appearances include performances with orchestras in San Francisco, Houston, Seattle, Edmonton and Pittsburgh. As the creator of more than one hundred orchestral arrangements for the Cincinnati Pops Orchestra, where he served as associate conductor, Mr. Reineke’s work has been performed worldwide, and can be heard on numerous Cincinnati Pops Orchestra recordings on the Telarc label. His symphonic works Celebration Fanfare, Legend of Sleepy Hollow and Casey at the Bat are performed frequently in North America. A native of Ohio, Mr. Reineke is a graduate of Miami University of Ohio, where he earned bachelor of music degrees with honors in both trumpet performance and music composition. He currently resides in New York City with his partner Eric Gabbard.

The New York Pops is the largest independent pops orchestra in the United States, and the only professional symphonic orchestra in New York City specializing in popular music. Under the leadership of dynamic Music Director and Conductor Steven Reineke, The New York Pops continues to re-imagine orchestral pops music. The orchestra performs an annual subscription series and birthday gala at Carnegie Hall. The New York Pops is dedicated to lifelong learning, and collaborates with public schools, community organizations, children’s hospitals and senior centers throughout the five boroughs of New York City. PopsEd allows thousands of New Yorkers of all ages and backgrounds to participate in fully customizable music programs that blend traditional education with pure fun.