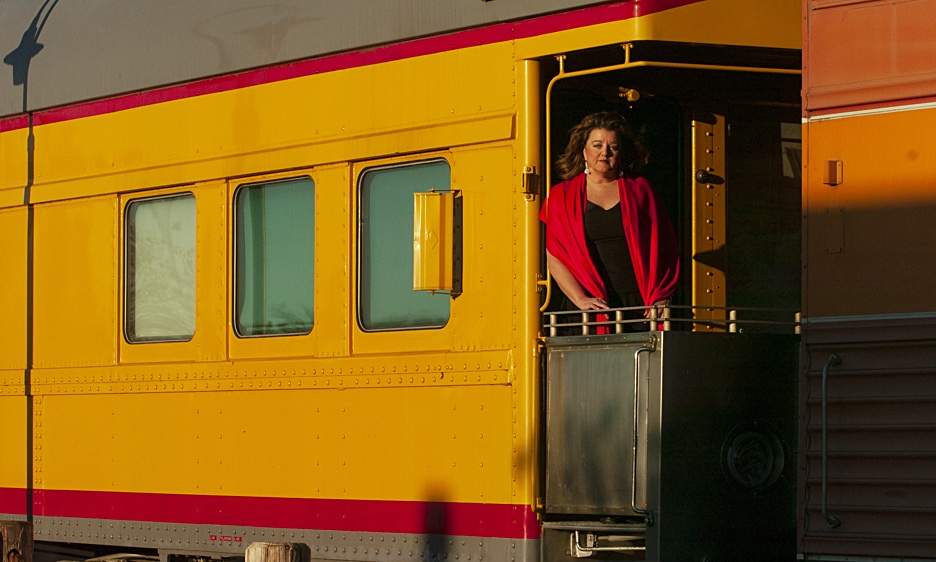 There is a glut of wonderful singers doing standards albums, but I felt like [Martine Tabilio]'s songs need to be heard. She really knows how to capture feelings well and tell a story. &#151Beth Duncan

Vocalist Beth Duncan applies her warm, robust contralto to a collection of finely crafted tunes on her long-awaited third album, I’m All Yours, set for a July 24 release on Saccat Records. While the album’s ten tracks are an eclectic bunch, they are all the work of composer and lyricist Martine Tabilio, a friend of Duncan’s for over a decade. Saxophonist-flutist Jacám Manricks provides the arrangements and joins a band led by acclaimed pianist Joe Gilman, and featuring guitarist Steve Homan, bassist Matt Robinson, and drummer Rick Lotter, to round out the Sacramento singer’s cast of collaborators.

I’m All Yours is Duncan’s first recording since 2012’s Comes the Fall, on which she also recorded three songs by the Dutch-born, Oakland-based Tabilio. This time out, she expands from a hat-tip to an exhibition. “There is a glut of wonderful singers doing standards albums,” says Duncan, “but I felt like Marty’s songs need to be heard.… She really knows how to capture feelings well and tell a story.”

So does Duncan. Her sensitive delivery is as crucial to the rueful mood of “Serves Me Right” as is the song itself; the dreaminess she channels into “The Band” is the secret ingredient to its playful fantasia; and, celebratory though the title track is in itself, the palpable joy in Duncan’s phrasing and tone is what brings it home.

That said, Tabilio’s writing has a magic all its own. Her songs are the work of a composer who has internalized the melodic, rhythmic, and lyrical lessons of the Great American Songbook, yet refreshed them with a personal, contemporary twist. (Ironically, her own title “Your Song’s Passé” is one that could never be used to describe her.) Their diversity is remarkable, ranging from the stinging accents of “Breakup Funk” to the sweet aspirational ballad “Marika’s Melody” to the down-home “Kit & Kaboodle Blues.”

Nor is Duncan alone in bringing these songs to life. Manricks’s arrangements emphasize their natural swing—adding a soupçon of Latin rhythm for good measure—and he doubles down on their sturdy melodies with his spicy solos on tenor and soprano sax and flute. Gilman, Homan, Robinson, and Lotter add distinctive and delightful flavors of their own. In the end, however, it’s the vocalist herself who brings the proceedings gloriously together.

Beth Duncan was born November 1, 1952 in Salt Lake City and grew up in California—first in San Francisco, then in Sacramento. From childhood she was a singer, whether in grade-school choirs or on Sundays at church. She also fell in love with jazz by way of her brother’s record collection, and found her way to studying with legendary vocal coach Judy Davis at the latter’s Oakland studio.

Beginning her career working in a Top 40 band, Duncan was also a regular at the beloved Sacramento jazz club On Broadway, where she ingratiated herself with players on the local jazz scene. However, when she developed nodes on her vocal cords, Duncan was forced to put music on the backburner. Instead she built a new career as an award-winning radio journalist, working a variety of jobs in broadcasting that continues into today (she is currently a substitute host for Capital Public Radio’s Insight).

Meanwhile, she missed the vocal spotlight and used her fiftieth birthday party as a platform for a comeback performance. Thus inspired, Duncan began performing at venues around town, cultivating both a repertoire and a reputation for her swinging and expressive delivery.

Her 2005 debut album Orange Color Sky won Duncan critical acclaim and affirmed her strong local following. The next album, 2012’s Comes the Fall, extended that acclaim and following to the nation and the world. It also served as her first collaborative effort with songwriter Martine Tabilio, a creative partnership now solidified on I’m All Yours.

“We recorded these tunes at Fantasy Studios in June of 2018,” says Duncan, “long before the pandemic hit, before the economic fallout, before the more recent racial and social unrest. So much uncertainty, fear, sadness, and anger, and I thought seriously about shelving the project and retreating. But then it hit me: Completing the album is exactly what I had to do. This collaboration was a labor of love and was meant to be shared. Love and music win out.”