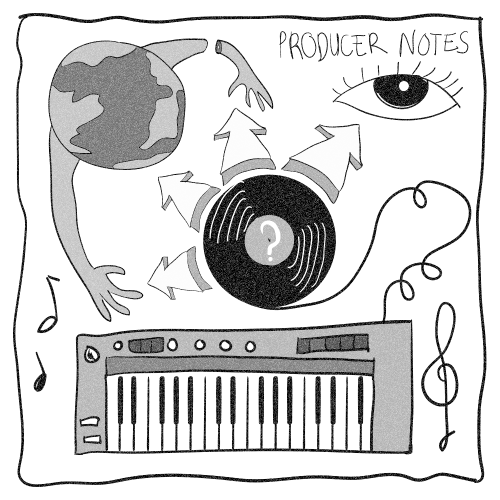 While there has been a significant amount of hype over the past few years regarding self-releasing tracks and producing and marketing one's music independently, the truth is that there remains a great deal that record labels can still do for artists that can't do as well on their own.

Over the recent years, there’s been a lot of hype over self-releasing tracks and cynicism directed at labels, and while there are many arguments in favour of going it alone, the beloved record label is definitely far from being redundant.  It needn’t be a chore sending demos to record labels–major and independent labels are always looking for artists. From creative direction to distribution and promotion, there’s a whole lot more to putting a record out than just making it available on Beatport/Juno/Track source et al, which is why ”it’s a myth that artists don’t need labels anymore”.

Record labels primarily exist to help you get your music out there. Despite what you may think, major and independent record labels are always looking for new artists, and signing to a label means you’ve got more people on your ‘team’ than just you. Regardless of if they’re an indie or a major, their job is to know the industry better than you, whether it’s knowing the right time to put your release out, who to get for your remix package, putting together a marketing campaign, working with other brands or even getting your music in adverts, they will have people who are working for you, no matter how large or small they are. Releasing a record is time-consuming, and if you’re also holding down a full-time job, it’s a lot to juggle by yourself.

A good A&R will be able to tell you where you need to improve – you may have gone so far down the rabbit hole that you’ve lost all sense of yourself and your track. You might think that excessively long intro/outro really makes it, or the six-minute long breakdown in the midsection really takes the track to another dimension, but you might be alienating your potential listeners. It’s the A&R’s job to recognise what works in your track and what could be cut down to make it more listener friendly – after all, the whole point of releasing a record is for other people to listen to it.

Then there’s the distribution – actually getting it out there so it’s available to buy. Whether you’re realising digitally, physically or both, it’s key to have your music in the right places for people to be able to find it. Then you need to find the right PR company to push your track into the right hands – DJs, radio, bloggers, journalists, and the good people who will eventually be buying your record. Finding a good PR company and paying the fees can be tough, but when you go through a label, this is expertly handled for you with a company that’s right for your release.

It’s impossible to be an expert at everything, and believe us, we’ve all tried. When you sign to a label, you get to be the expert at making the music, which as a producer, we know is important to you, and the record label get to be the experts at releasing it, and when you think about it, that just makes the perfect sense…