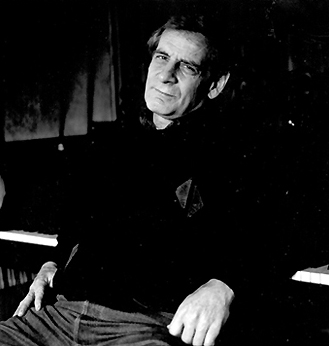 slideshow
Woodstock was a creative refuge well before the music festival that bore its name signaled a culmination of counter-culture sensibilities. Pianist Burton Greene was among a number of jazz musicians who made the area a second home in the mid-Sixties. Separated from daily grind of city-living they were able to develop and express their music largely independent of distracting stressors. Part of the process included live performance and fortunately the tape machines were often rolling. This set by Greene's working quintet gives a stimulating capsule view of the state of his art in '65. Marred slightly by both the age of the medium on which it was originally preserved and an occasional tendency at certain points toward prolix exposition, it's still a gratifying listening experience overall.

The first of three pieces, “Tree Theme II" is waltz-like in its opening minutes as altoist Marion Brown limns a lovely descending melody and Greene comps vibrantly behind him. Bassist Reggie Johnson and drummer Rashied Ali amble along at the flanks, colluding to create an eddying shuffle rhythm that carries the piece through a rhapsodic Greene improvisation and on to cohesive conclusion. Despite a decent first half where the pianist and Brown once again work out a close rapport, “Cluster Quartet II" is nearly stopped cold by the excesses of Johnson. The bassist falls foul to an affliction common to free jazz players past and present, the short-circuiting of a self-editing impulse. After several promising minutes, his solo devolves to minimalist development and movement almost sounding like a student running through rudimentary exercises. A quick return by Greene and the track mercifully fades.

“Like It Is" gives over to more extended solo improvisations. Greene goes under the hood for some zither-like effects and Brown makes like a melodic acrobat. Johnson takes another extended and unaccompanied foray on strings, but his sense of pacing and structure Ali builds a propulsive solo from an edifice of loosely stacked and staggered press rolls in a manner presages his work with the Coltrane quintet in Japan a year later. Sound throughout is surprisingly balanced though signs of the recording's antiquity are evident in a number of noticeable blemishes. Greene recounts various less than ideal storage situations over the years including a houseboat and a garden house the decent condition is even more of a minor miracle.