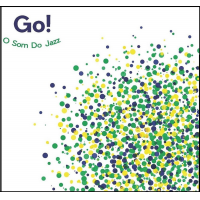 Musicians from Brazil, Cuba, Colombia, Puerto Rico and the U.S. perform in O Som Do Jazz (the sound of jazz in Portuguese). Andrea Moraes Manson grew up in Rio de Janeiro singing Bossa nova, samba and MPB for fun, while attaining a degree in architecture. Jose Valentino Ruiz is a two-time Latin GRAMMY nominee and was recently appointed as music professor at the University of Florida. Alfredo Rivero tours internationally with the Gypsy Kings. Mark Feinman and Alejandro Arenas are members of the powerhouse trio La Lucha. Jeremy Douglass is the director/arranger of the Florida Bjorkestra. Austin Vickrey’s credentials include performances with funk legend, Bootsy Collins. David Manson is a developer of the Music Industry/Recording Arts (MIRA) program at St. Petersburg College. His original music has been placed in shows on HBO, Fox, BBC One, CW and AMC.

About O Som Do Jazz