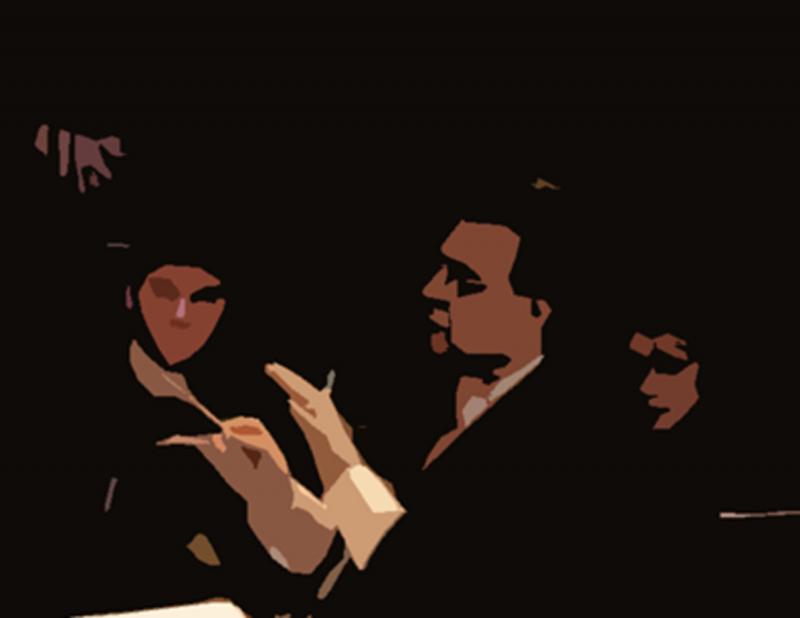 slideshow
Philadelphia-based Brazilian jazz duo Minas has launched a fundraising campaign to record their latest album, “Symphony in Bossa, A Tribute to Bill Zaccagni.” Channeled through the crowd-funding site, Kickstarter, Minas seeks to raise $20,000 to hire orchestral string players, a big band and a rhythm section to record, press, and distribute the album. The campaign runs for 5 weeks, from April 9th to May 21st.

In 2004 arranger and University of the Arts faculty member Bill Zaccagni teamed up with the Brazilian jazz duo Minas to present Symphony in Bossa, a music program enhanced by Bill’s arrangements for orchestra and jazz band written specifically for Minas. The program featured Minas’ original compositions and traditional Brazilian repertoire. Their collaboration was a perfect fit. Unfortunately, Bill passed away during a time when plans were being made to take this program to wider audiences. This is why they plan to document and memorialize Zaccagni’s arrangements with a high-quality studio recording while also engaging new audiences through outreach and education. Furthermore Minas has a long term plan to start a scholarship fund in Zaccagni’s name.

Several incentives and gifts are offered for all who donate to the campaign, from pre- release downloads, CD copies, Brazilian dinners, coffees, intimate house concerts, private lessons, and more. Since Kickstarter is an “all or nothing” service, the group must raise at least $20,000 or they will not receive any funding. The group also plans to unveil special gifts and surprise events planned throughout the term of the Kickstarter fundraising.

Founded in 1978 by Orlando Haddad and Patricia King, internationally acclaimed Minas draws from Brazilian traditions of samba, bossa nova, baião, axé, combined with American jazz, blues, and folk, as well as classical music to create their own sound. Indicated for 3 Grammy awards for their 2009 CD release Bossa Nova Day, Minas has performed in major national venues such as Lincoln Center in New York, Kennedy Center in Washington DC, and the Kimmel and Mann Centers in Philadelphia.