SOURCE: ALL ABOUT JAZZ PUBLICITY
August 31, 2008
Sign in to view read count 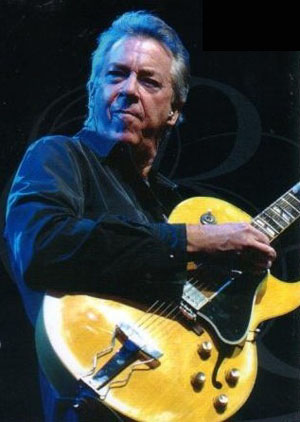 slideshow
Five years after his first volume of standards, But Beautiful, debuted at # 1 on the Billboard Jazz chart, GRAMMY award winning musician Boz Scaggs offers his second volume of standards and ballads, aptly titled Speak Low (out September 30 on vinyl and wide release on October 28th via Decca).

The multi-dimensional singer, whose 1976 album Silk Degrees was one of the landmark pop titles of the decade, began working on Speak Low several years ago. He'd settled on most of the material, and had developed a rough notion of the sound in his head. “I had a few distinct elements I wanted to hear paired with my voice," Scaggs recalls, “but I needed an arranger who could bring those textures to life." He remembers wondering whether he'd ever realize the sound he'd imagined. And then he experienced what he describes as a remarkable coincidence. “It was raining, cold out. I walked by the Blue Note and heard music coming out of the club. It was vibes, string trio, a couple of horns - this was the sound I'd been hearing in my head, exactly. Turned out to be Gil Goldstein and a nonet. After the set Gil and I started talking, and it was just a really nice meeting. When we got together around a piano, that was it. We knew."

The album was recorded at Skywalker Sound, a state-of-the-art studio that's part of filmmaker George Lucas' Skywalker Ranch complex. The room is massive, a soundstage big enough to fit an orchestra. Yet Speak Low sounds like it was made in someone's cozy living room. “The sense of intimacy you get there is quite remarkable, “ Scaggs says. “You think you can get closer to the music in a smaller room, but that's not always true. At Skywalker, the vastness brought us all together.... The quiets in that room are much quieter, and all of the dynamics are really vivid. It's a great room to sing in."

Fans can experience the intimacy of this album live as Scaggs embarks on a nationwide tour this fall with multiple shows in most of the cities. This special tour will bring Scaggs to legendary jazz clubs across the country where he'll not only perform the standards from 'Speak Low' but he'll debut new versions of fan favorites like “Lowdown, “ “JoJo, “ and “Lido Shuffle."