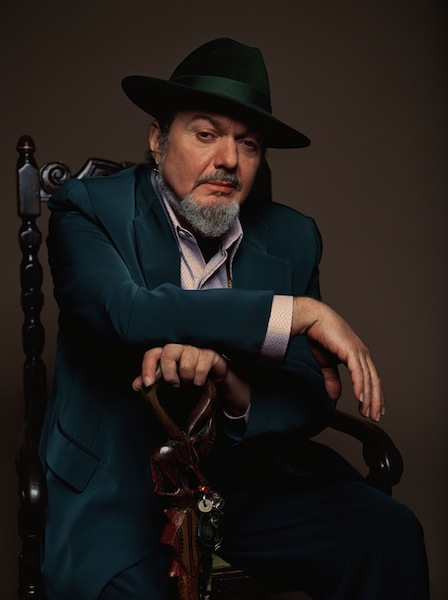 NEWPORT, RI: Two of the most renowned names in New Orleans history, Dr. John & The Lower 911 and the Preservation Hall Jazz Band, will be featured at the opening night concert of the Newport Jazz Festival presented by Natixis Global Asset Management at the International Tennis Hall of Fame at the Newport Casino, 194 Bellevue Avenue, on Friday, August 3, at 8:00 pm. Bourbon Street Comes to Bellevue Avenue: Newport Salutes New Orleans promises to be one of the most enjoyable evenings in the history of the Friday night concerts at the Casino.

George Wein, creator of both the Newport Jazz Festival and the New Orleans Jazz and Heritage Festival said, “It has been a dream come true that I have been able to enjoy producing these two great festivals. My love for New Orleans cuisine of gumbo and crawfish is only exceeded by my passion for Narragansett Bay lobster and New England clam chowder.“

In addition, the Newport Jazz Festival Opening Night Cocktail Party, a Newport summer tradition, kicks off the evening from 6:30 – 7:45 pm, at the International Tennis Hall of Fame at the Newport Casino. This exclusive party welcomes a limited number of attendees for an evening of great music, food and beverages. Tickets are $40 for Tennis Hall of Fame members and $50 for non-members. Pricing includes open bar and hors d’oeuvres.  Party attendees must have a ticket to the Newport Jazz Festival concert.  To order Cocktail Party tickets, call (401) 324-4072.

Dr. John, aka Mac Rebennack, is universally celebrated as the living embodiment of New Orleans’ rich musical heritage. His colorful musical career began in the 1950s when he wrote and played guitar on some of the greatest records to come out of the Crescent City, including music by Professor Longhair, Art Neville, Joe Tex and Frankie Ford. Later, he gave up the guitar and concentrated on organ and piano, and after a move West in the 1960s, he continued to be in demand as a session musician, playing on records by Sonny and Cher, Van Morrison, Aretha Franklin and The Rolling Stones. During that time, he launched his solo career, developing the charismatic persona of Dr. John: The Nite Tripper. Adorned with voodoo charms and regalia, a legend was born with his breakthrough 1968 album Gris-Gris, which established his unique blend of voodoo mysticism, funk, rhythm & blues, psychedelic rock and Creole roots. The multiple Grammy Award winner and 2011 Rock and roll Hall of Famer continues to write, arrange, produce and interpret with a passion that has yet to wane. Beginning March 29, Dr. John celebrates his 50+-year career with a three- week artist-in-residency at New York’s prestigious Brooklyn Academy of Music, and his latest CD, Locked Down, hit the streets April 3. Join in the second line, Newport- style, with Dr. John & The Lower 911 when Bourbon Street Comes to Bellevue Avenue.

The Preservation Hall Jazz Band (PHJB) derives its name from Preservation Hall, the venerable music venue located in the heart of New Orleans’ French Quarter, founded in 1961 by Allan and Sandra Jaffe. The band, now celebrating its 50th anniversary season, has traveled worldwide spreading their mission to nurture and perpetuate the art form of New Orleans Jazz. Their music embodies a joyful, timeless spirit. Under the leadership of the Jaffes’ son, Ben Jaffe, the PHJB continues with a deep reverence and consciousness of its greatest attributes in the modern day as a venue, band, and record label. The PHJB began touring in 1963 and for many years there were several bands successfully touring under the name Preservation Hall. Many of the band's charter members performed with the pioneers who invented jazz in the early twentieth century including Buddy Bolden, Jelly Roll Morton, Louis Armstrong, and Bunk Johnson. Band leaders over the band's history include the brothers Willie and Percy Humphrey, husband and wife Billie and De De Pierce, famed pianist Sweet Emma Barrett, and in the modern day Wendall and John Brunious. These founding artists and dozens of others passed on the lessons of their music to a younger generation who now follow in their footsteps. The PHJB is also celebrating their 50th anniversary at the Newport Folk Festival on Saturday, July 28.

Tickets for Newport Jazz Festival concerts at Fort Adams State Park, featuring Pat Metheny, Tedeschi Trucks Band, Dianne Reeves, Jack DeJohnette’s 70th Birthday Celebration, Maria Schneider Orchestra, Jason Moran and the Bandwagon and more, are on sale now on-line, by phone and by mail. General admission tickets (single-day passes only) also can be purchased in person at the Newport Visitor Information Center, located at 23 America's Cup Avenue. There will be a festival office in the Newport area where tickets can be purchased in person at a later date.