SOURCE: IN TOUCH ENTERTAINMENT
May 5, 2018
Sign in to view read count

I'm thrilled to be a part of this series at one of my favorite NYC haunts and especially among a lineup that includes many of my peers and favorite players —J.D. Allen, saxophonist 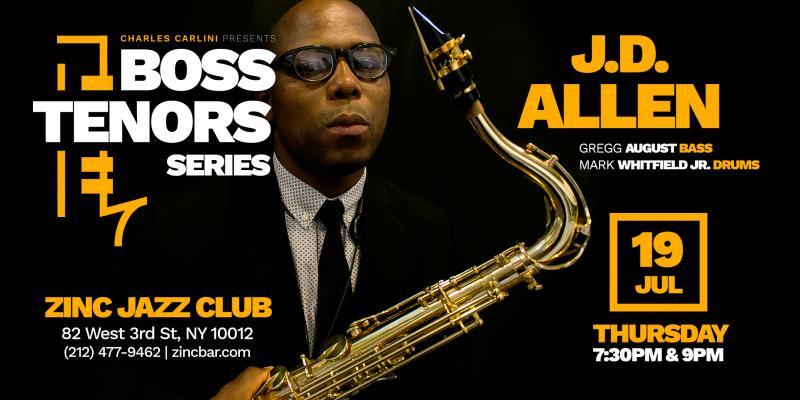 Boss Tenors is part of In Touch’s music series which also includes Vocal Mania and Dangerous Rhythms launched earlier this spring. The latter program focuses on Latin jazz and is curated by bestselling author and jazz aficionado, T.J. English.

Boss Tenors May programs will feature the Eric Alexander Quartet on the 9th, followed by Jerry Bergonzi Quartet on the 23rd. Lew Tabackin Trio will perform on June 13th, and further concerts are scheduled for the summer. “I'm thrilled to be a part of this series at one of my favorite NYC haunts and especially among a lineup that includes many of my peers and favorite players," said saxophonist JD Allen, whose most recent album, Love Stone: Ballads, is slated for release June 15, 2018, on the Savant label.

The full lineup may be found here.

“All the series have been very well received and we are confident that Boss Tenors will be a success as well,” said In Touch’s CEO Charles Carlini.