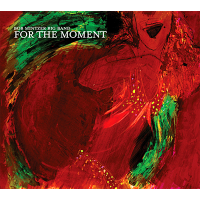 slideshow
The Grammy Award–winning Bob Mintzer Big Band has explored diverse styles of music in its illustrious 25-year recording history—from New York and Afro-Cuban to Count Basie and John Coltrane. On the band’s new MCG Jazz CD, For the Moment, which is scheduled for release June 19, saxophonist/composer/arranger/bandleader Mintzer puts the spotlight on Brazilian music.

While some of the tunes are directly from the Brazilian songbook—“Corcovado” by Antonio Carlos Jobim, “Berimbau” by Baden Powell, and two newer tunes by Chico Pinheiro—others “merely make reference to rhythmical grooves from various regions of the country,” says Mintzer. “This becomes the springboard for what I most love to do: write for big band in a way that establishes a focus and then breaks free of stylization.” The leader’s own finely crafted originals include “Aha,” a tune originally conceived for the Yellowjackets that’s set to a surging Pernambucan baiao, and paeans to Ouro Preto, the colonial town in Minas Gerais, and the northeastern city of Recife, where he has visited.

Produced by MCG’s Marty Ashby and arranged by Mintzer, For the Moment features guest artist Chico Pinheiro, the rising star guitarist/composer from Sao Paulo who’s been collaborating with Mintzer for the last several years. “Chico is a fantastic instrumentalist,” says Mintzer, “and his writing is subtle and intricate, all-encompassing and fresh-sounding, with Brazilian lyricism and the complexity of jazz.”

Other special guests are pianist Russell Ferrante, Mintzer’s longtime colleague in the Yellowjackets; percussionist Alex Acuna; and drummer Peter Erskine (“He has had so much experience playing with large jazz ensembles, and he knows better than anyone how to shape the music”).

After a long relationship with the DMP label that produced 13 albums, Mintzer connected with Manchester Craftsmen’s Guild in 2004. The Big Band debuted with Live at MCG and followed up with Old School, New Lessons (2006) and Swing Out (2008), all of which featured Kurt Elling.

The lifelong New Yorker, who’s considered one of the tenor saxophonists to come out of the school of New York players in the 1970s (also including Michael Brecker, Bob Berg, Dave Liebman, and Steve Grossman), and whose big band dates to 1983, when the Brecker brothers asked him to put together an ensemble for their club Seventh Avenue South, has been based in Los Angeles since 2008. He lives in the former house of composer Arnold Schoenberg (his first L.A. residence, 1934-1936), and is the recipient of the Buzz McCoy–endowed chair of jazz studies at the University of Southern California.

Mintzer continues to tour with the Yellowjackets (which he joined in 1990), does workshops all over the world, performs with his New York big band, and serves as a guest conductor/soloist with college and pro bands. But he has found time to assemble an L.A. big band that plays regularly at Vitello’s in Studio City.

“The challenge is always to get the most out of whatever situation,” he notes. “You can make three players sound huge, and with the right players who are tuned to subtlety and color, all things are possible. The writers who thought that way, Ogerman, Brookmeyer, George Russell, Maria Schneider, Gil Evans, that’s the music that resonates with me the most.”

The Bob Mintzer Big Band appears at Vitello’s in Studio City 6/14-15, and at the Blue Note in Tokyo (with guests Chico Pinheiro and Kurt Elling) 6/20-23. Mintzer will also be touring with the Yellowjackets this summer, appearing at Birdland, NYC, 6/26-30; Freihofer’s Jazz Festival in Saratoga Springs, NY, 7/1; several European festivals in July; and Scullers in Boston 8/3-4.