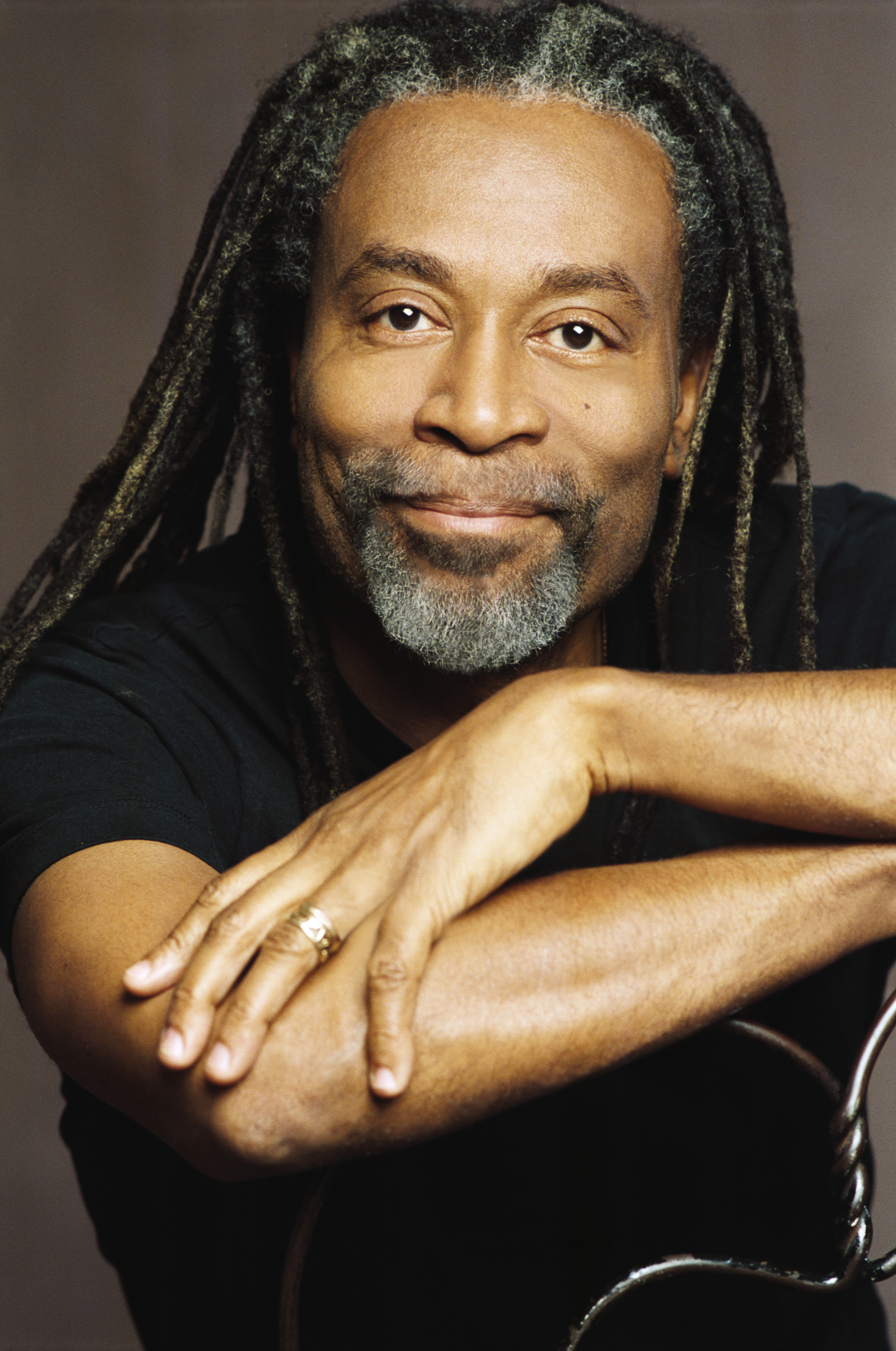 For decades Bobby McFerrin has broken all the rules. The 10-time Grammy winner has blurred the distinction between pop music and fine art, goofing around barefoot in the world’s finest concert halls, exploring uncharted vocal territory, inspiring a whole new generation of a cappella singers and the beatbox movement. He redefined the role of the human voice with his a cappella hit “Don’t Worry, Be Happy,” his collaborations with Yo-Yo Ma, Chick Corea and the Vienna Philharmonic, his improvising choir Voicestra, and his legendary solo vocal performances.

Most people don’t know that Bobby came from a family of singers. Bobby’s father, the Metropolitan Opera baritone Robert McFerrin, Sr., provided the singing voice for Sydney Poitier for the film version of Porgy & Bess, and his mother Sara was a fine soprano soloist and voice teacher. Bobby grew up surrounded by music of all kinds. He remembers conducting Beethoven on the stereo at three, hiding under the piano while his father and mother coached young singers, dancing around the house to Louie Armstrong, Judy Garland, Etta Jones and Fred Astaire. He played the clarinet seriously as a child, and he began his musical career as a pianist, at the age of 14. He led his own jazz groups, studied composition, toured with the show band for the Ice Follies, played for dance classes. Then one day he was walking home and suddenly he understood that he had been a singer all along. Bobby’s history as an instrumentalist and bandleader is key to understanding his innovative approach to mapping harmony and rhythm (as well as melody) with his voice. “I can’t sing everything at once,” he says, “but I can hint at it so the audience hears even what I don’t sing.”

All that pioneer spirit and virtuosity opened up a great big sky full of new options for singers; so did Bobby’s experiments in multi-tracking his voice (Don’t Worry, Be Happy has seven separate, over-dubbed vocal tracks; Bobby’s choral album VOCAbuLarieS (with Roger Treece) has thousands). But virtuosity isn’t the point. “I try not to “perform” onstage,” says Bobby. “I try to sing the way I sing in my kitchen, because I just can’t help myself. I want audiences to leave the theatre and sing in their own kitchens the next morning. I want to bring audiences into the incredible feeling of joy and freedom I get when I sing.”

Bobby McFerrin’s tour schedule in 2014-2015 features a number of exciting projects. Bobby will welcome local musicians and dancers onstage for Bobby Meets Paris, Bobby Meets Stockholm, and Bobby Meets Cleveland. He’ll perform throughout the US, Candada, Europe and South America with the bluesy, roots-influenced Spirityouall band, singing his own versions of classic spirituals alongside original tunes; he’ll sing material from the choral album VOCAbuLarieS with the 18-voice a cappella group SLIXS & Friends; and in 2015 he’ll play duets with his longtime friend collaborator Chick Corea.

Drummer, DJ, producer, culinary entrepreneur, New York Times best-selling author and member of The Roots – Ahmir “?uestlove” Thompson, is the unmistakable heartbeat of Philadelphia’s most influential hip-hop group. He is also the Musical Director for The Tonight Show Starring Jimmy Fallon, and soon to be The Tonight Show starring Jimmy Fallon, where his beloved Roots crew serves as house band. Beyond that, this 4-time GRAMMY Award winning musician’s indisputable reputation has landed him musical directing positions with everyone from D’Angelo to Eminem to Jay-Z.

Questlove has appeared as a Guest Judge on Top Chef Season 11, his food has been featured in Food & Wine Magazine, Bon Appetit, and the cover of New York Magazine and seen on The View, Watch What Happens Live, and Late Night with Jimmy Fallon . He is a Celebrity Ambassador for The Food Bank NYC, he is on the City Harvest Food Council, and the first Artist-in-Residence at the Made in NY Media Center. In 2013, Ahmir also released two books including the New York Times Bestseller Mo’ Meta Blues and Soul Train: The Music, Dance and Style of a Generation.