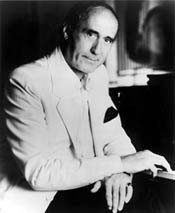 slideshow
Black Clock, the literary magazine run by many a refugee, student and esteemed leader of the CalArts MFA program, is having an event this weekend at REDCAT to celebrate its fifth anniversary on the occasion of its 10th issue, based around the city- appropriate theme of noir.

(Full disclosure: This humble scribe is one of those refugees, and a contributor to Black Clock 7.)

The fete will include readings by Aimee Bender (noted Jane Siberry fan), sci-fi writer Samuel Delany (whose masterwork “Dahlgren" is a little like a long- lost Wagner symphony), Greil Marcus (the man behind the desert island concept, not to mention the smartest stuff you think about the Sex Pistols) and Joanna Scott (who surely likes music too but Google won't tell me what).

Every issue, Steve Erickson, Black Clock editor, visionary novelist and essayist, has made a soundtrack that musically reiterates the theme -- past ones have included sex, travel and politics -- but Sunday's event will be the first time he will release the soundtrack to the public. Fork over $13 for a copy of Black Clock 10, featuring Francesca Lia Block, Denise Hamilton, Emily White and Howard A. Rodman (who also wrote the film “Savage Grace"), and you'll get a copy of his limited edition soundtrack for free.

If this isn't the aural equivalent of a blinking neon hotel sign in a broken-down part of town, I don't know what is. Or, as Erickson himself told me, its the soundtrack for “driving the mean streets of L.A. at 2 in the morning."