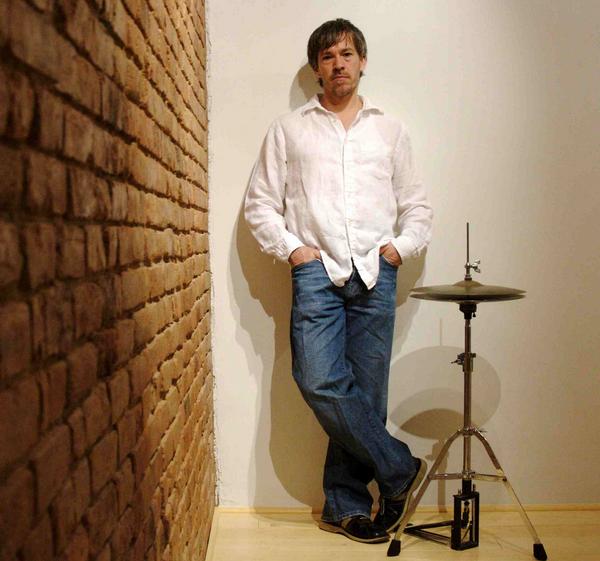 Brooklyn Jazz Underground Records, which was launched in January of 2008, and now boasts a catalog of more than forty-five recordings, proudly releases the newest wave of recordings on the label; Not Dark Yet, the debut recording from Brooklyn based composer/bandleader Nathan Parker Smith, the sophomore album from the Brooklyn based collective jazz quintet, Sketches: Volume Two, and the much-anticipated follow up to Drum Lore from drummer/composer/bandleader Owen Howard, Drum Lore Vol. 2.

With a mix of new and returning artists releasing albums on BJURecords this year, including new recordings from Tom Guarna, Rob Garcia, John Chin, Noah Garabedian, BJU, Rafal Sarnecki, and label co-founder, Anne Mette Iversen, the label continues to represent current streams of jazz, creative and improvised music from artists connected to Brooklyn. 2015 will see new releases from David Cook, Jeremy Siskind, Alex Norris, David Smith and others. As always, the label has taken a hands-off approach, adhering to their core principles of artist control & ownership, and giving priority to the artist's vision. BJURecords proudly offers the listener the newest recordings in the catalog, all-singular, and linked by being contemporary explorations and representations of 21st century jazz from Brooklyn, NY.

Nathan Parker Smith's compositions are devised, both formally and conceptually, to rely heavily on collective group improvisation and to avoid many of the techniques that have become the status-quo approach for modern big-band writing. The Ensemble conjures images of both disturbance and intensity, while simultaneously providing an undercurrent of ephemeral optimism, evoking the subtle comfort that the world has not yet gone dark, hence the album's title. Often pushed to their limits, the musicians collectively thrash and roar through Smith's compositions, the soloists soar over powerfully churning distortion ladened ostinatos, ever-changing mixed meters, feedback squeals and anthemic melodies. A powerful, compelling debut from a serious new composer on the Brooklyn/NYC scene.

Started in 2011, Sketches is a Brooklyn-based collective jazz quintet in which each member writes music based on another member's musical idea. Inherent in each piece is the challenge of blending two distinct musical personalities, yet with an ensemble of strong composers and sensitive performers, the results have been as engaging as they are unpredictable. Scott Yanow commented in Jazz Inside Magazine that, “these five musicians all have compatible styles and listen closely to each other, two qualities that give Sketches its own group sound . . . With consistently fine solos (pianist Cherner is particularly inventive) and worthy themes, Volume One is an excellent start for Sketches."

On Volume Two, Sketches continues its investigation and exploration of their unique collaborative compositional process. The music on the band's sophomore album is a result of the growth that they have experienced while touring and performing music from their debut, appearing not only in New York City, but also performing in Washington D.C, Baltimore, Portland, and Boston. Volume Two reflects a deepening understanding between the band mates, building upon the critically-acclaimed music they offered on Volume One. As with the music from Volume One, each member shared a sketch from his notebook (e.g. any musical fragment, a collection of fragments, an incomplete tune) and another member used that as the basis for a new composition. The band then rehearsed and developed the compositions further. In this process, no tune is deemed complete until the band plays the composition and each improviser finds a way of coloring the pre-written material. Although the compositions start as “sketches", they are forged into complete compositions with ample room for improvisation. The band recorded all of the music on Volume Two in one day, a big indicator of the band's brilliance as ensemble players, and the unmitigated virtuosity they posses on their respective instruments.

Owen Howard, originally from Edmonton, Canada, has performed and recorded with the likes of Joe Lovano, Kenny Werner, Tom Harrell, Kenny Wheeler, John Abercrombie, Dave Liebman, George Garzone, Dave Holland, Eddie Henderson, Sheila Jordan, Jay Clayton and many others. He has appeared on over forty recordings to date, including five under his own name, and has toured extensively throughout Europe, the United States and Canada. With more than twenty years of successfully leading his own bands, Howard is clearly an artist successfully following in the footsteps of legendary drummers/bandleaders such as Tony Williams, Peter Erskine, Billy Hart, Jack DeJohnette, Paul Motian, Al Foster, Shelly Manne and others.

Now with the release of his seventh CD, Drum Lore Vol. 2 - More Lore, the follow up to the critically-acclaimed, 2011 Juno Award Nominated, Drum Lore (on BJURecords), Howard continues to celebrate and interpret music composed by drummers, and also feature more of his own compelling compositions. Where Vol. 1 was conceived as a studio recording of sorts, with each piece featuring a different configuration and concept, the second installment of the Drum Lore project gives the listener a taste of what the group sounds like in its working quintet format, featuring Adam Kolker (soprano & tenor saxophones, bass clarinet), John O'Gallagher (alto saxophone), Frank Carlberg (piano), Johannes Weidenmueller (bass) and the leader Owen Howard (drums).

Drum Lore Vol. 2 offers up seldom heard originals by Philly Joe Jones and Joe Chambers, as well as popular works by Victor Lewis, Paul Motian and Tony Williams. The remainder of the recording is comprised of recent original compositions by the leader. Highlights include, “Hey, It's Me You're Talkin' To", one of Victor Lewis' most well known compositions; Joe Chambers' “Ungano" (from the Bobby Hutcherson Blue Note album, Medina); “Haiku", a composition that Howard composed at the piano in about ten minutes. “After stating the 5-7-5-syllable form, the soloists are free to interpret at will. It's quite different each time we perform it", said Howard; “Like Buttah","my take on rhythm changes, which incidentally pays homage to Sonny Rollins' 'Oleo' (which was a butter substitute back in the day)"; and “Got To Take Another Chance", “a fun little piece by Philly Joe Jones that is based on the chord changes of 'Take The 'A' Train'. I extracted the horn riff and ending bit from the Max Roach/Clifford Brown version of 'A Train' (from the record, A Study in Brown). I love Max's train ending on that cut. Straight up fun!," said Howard; “Mumbo Jumbo" by the late great Paul Motian, and “Pee Wee" by the legendary Tony Williams.

More on Drum Lore: The birth of Drum Lore took place at a summer jazz workshop where Howard was one of the several “artists-in-residence". The drummer explains further, “As we were getting ready for a discourse on the finer points of our various approaches to composition, one of the participants said to me. 'Owen, why are you here? You're a drummer, and this is a composition class? Well, how does one answer a comment like that? Rather than being offended, I took it upon myself to dispel this myth that drummers can't, or don't, compose." The brilliant result was Drum Lore (released in 2010 on BJURecords), a recording of great stylistic diversity, dedicated to exploring compositions exclusively by many of the revered drummers of our time. As Joe Lovano has stated, “some of the hippest bandleaders and composers in jazz, have come from the drum chair"; so many that Howard now offers Drum Lore Vol. 2, and has at least several more CDs worth of music composed by drummers that he'd like to record, so be on the lookout for the possibility of “Drum Lore, Vol. 3" in the future.