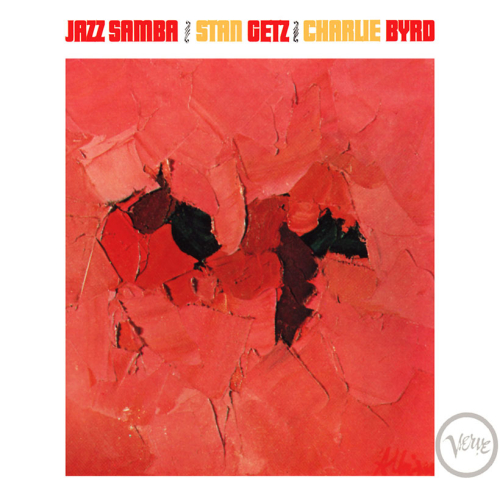 slideshow
One of America's first champions of Brazilian bossa nova was Felix Grant. A jazz disc jockey in Washington D.C., Grant hosted The Album Sound on WMAL. His voice had a soft, sophisticated on-air sound that caught the ear of listeners. Among those tuning into his show in 1960 was Dr. João Oliveira Santos, an economist and head of the International Coffee Agreement, a Brazilian trade group. A fan of Grant's show, he introduced Grant to his brother, Paulo Santos, a disc jockey in Rio de Janeiro.

Paulo Santos was in Washington visiting his brother after the 1960 Newport Jazz Festival was upended. Unruly crowds had descended on the Rhode Island port town only to find that the outdoor concert venue was sold out. The National Guard was called in to restore order. Enthralled by Paulo, Grant invited him to come on his WMAL show and to bring along some Brazilian albums. Grant turned over his show to Santos, urging him to play music that was representative of what he played in Brazil. Santos played a couple of albums by João Gilberto. After Paulo Santos returned to Rio, he and Grant stayed in touch and swapped albums through trade groups traveling back and forth. In Washington, Grant began to play bossa nova records routinely on his show.

In early 1961, relations between Brazil and the U.S. began to grow problematic. Two years had passed since Fidel Castro's Cuban Revolution, and the State Department was worried that Communism might take hold among people in economically strained Latin and South American countries. To make matters more complicated, Brazil's newly elected president, Jânio Quadros, was trying to balance trade relations between the U.S. and Eastern Europe.

In January 1961, when Quadros assumed power, Brazil faced skyrocketing inflation and ballooning foreign debt. To remain independent, Quadros was keeping his distance from the U.S., a move that set the State Department and CIA on edge. In an effort to bypass the governments and win over the populations of these countries to American-style democracy, the State Department arranged a 12-week tour of South America countries by jazz musicians as part of a cultural exchange program.

When the tour ended, Byrd, Betts and Deppenschmidt returned to the states loaded with Brazilian bossa nova albums and plans to record a jazz-samba LP. Creed Taylor, the head of Verve, suggested that Byrd add Stan Getz. The result was the recording of Jazz Samba in February 1962, an album that featured Desafinado, which became a huge hit. Later that year, the State Department dispatched another group of musicians and executives on a six-month tour of 23 countries in South America. Paul Winter and Herbie Mann were among them, and each recorded bossa nova albums in Rio that year.

Here's how the bosssa nova exploded in the U.S. in 1962, launching a Brazilian Invasion:

Here is Desafinado from João Gilberto's 1959 album, Chega de Saudade. Recorded in Brazil for Odeon, it is considered one of the first pure bossa-nova albumsn...

On November 21, 1962, the first bossa nova concert was held at Carnegie Hall. It featured all of the major stars of the music, who came up from Brazil. Many would remain as part of the cultural-exchange program and record for American labels.

JazzWax clip: Here's Felix Grant's 1963 radio interview of Joao Gilberto that I stumbled across yesterday and set this post in motion...

For more on the bossa nova, visit the Bossa Nova Project (go here).