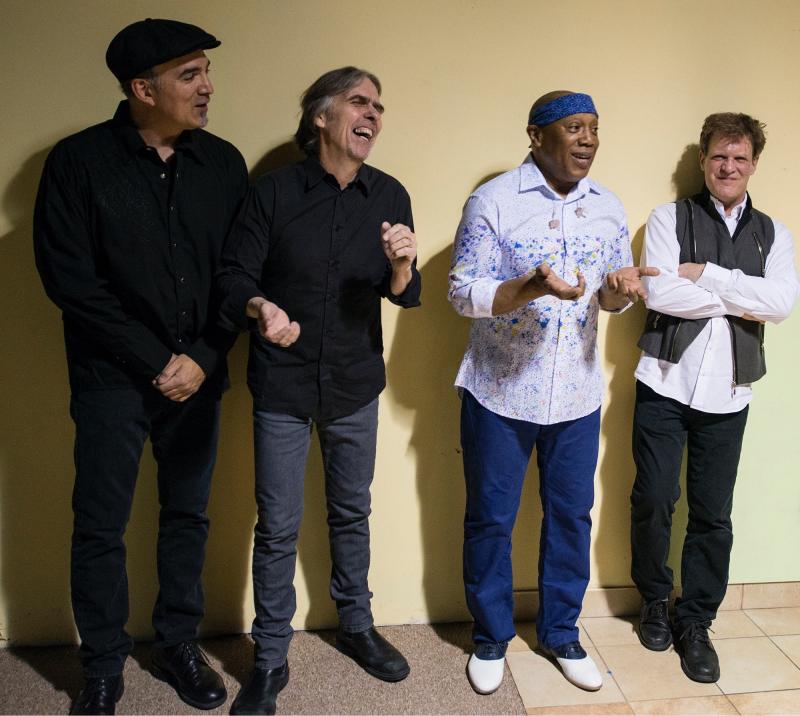 Cobham’s musical genius has thrilled music lovers around the globe since the early ‘70s when he was a founding member of the Mahavishnu Orchestra. Today, after decades of musical exploration, the versatile Cobham continues to evolve and innovate as a master drummer, percussionist, composer, producer, educator and clinician—as audiences around the country will soon experience through the Spectrum 40 shows and the Spectrum 40 Live CD.

The impetus for the Spectrum 40 show and the March 2015 release of Spectrum 40 Live came from a “germ of an idea” in late 2012, which Cobham says “had to do with organizing a band to revisit compositions from my first album Spectrum. By this time, it was well over 40 years since I’d considered presenting most of the music recorded on Spectrum to the public. So, considering the fact that I could collaborate with some of the most imaginative artists in musical field, I chose to revive “Spectrum”, “Quadrant Four”, “To The Women In My Life”, “Le Lis” in addition to “Stratus” and “Red Baron” on this trip down memory lane. And, with the addition of “Fragolino”, “Radio Active”, “Heather” that I have rarely performed live. What you hear in this double CD package is the result of much energy expended and shared amongst a small core of individuals whom I can only thank for their direct input and total support of me and the music you find within the grooves of this double CD set.”

The Spectrum 40 Spring 2015 Tour includes the following cities and venues: