SOURCE: ALL ABOUT JAZZ PUBLICITY
February 13, 2018
Sign in to view read count

One of the most compelling, entertaining and informative films made about a living musiclegend who still has plenty left to say... even if words are rarely his medium of choice. —John Kelman, All About Jazz 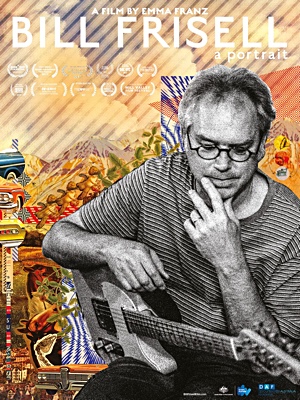 Grammy Award-winner and ten-time Downbeat Guitarist of the Year, Frisell has garnered countless accolades from critics, audiences and peers worldwide. A renowned composer and bandleader, he is also sought after by some of music’s greatest artists and across many genres. Yet despite his iconic status, Frisell notoriously shies from the limelight.

It is significant then that Franz has so meticulously explored the nuances of Frisell’s thought processes, approach and character. When Frisell saw the film for the first time his response was, It’s like the inside of my brain!“

A professional, serious and important look at one of the music world’s best minds.” —Jason Verlinde, Fretboard Journal

“I am certainly not alone in having had the sensation that Bill’s music seemed to be inexplicably speaking directly to me, in a way that few artists can achieve—particularly across so many styles and genres and to such a diverse range of audiences," says Franz. “I challenged myself to try to identify, through cinema, some of the essence of what makes that possible. I am very interested in creative process, and what motivates artists. Exploring these themes through my own work helps me better understand my own motivations and hopefully develop my own approach." 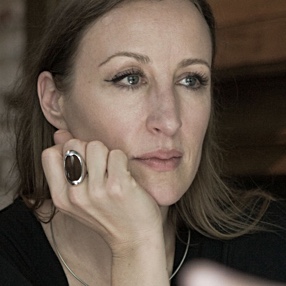 A professional musician herself, Franz had been a long-time admirer of the multi-award winning and perennially influential Frisell. In his music there is individuality and universality, technique and simplicity, diversity, intensity and depth, and the sense of adventure of a child," she explains. “Bill Frisell has already left a unique stamp on music, been artistically successful and critically acclaimed, yet remains an eternal student; humble, open-minded and constantly self-challenging. As such, he is a wonderful subject through which to explore some of the main themes that interest me as a director."

Franz single-handedly directed produced, shot and edited the film, as well as doing all the principal cinematography and sound design. During a five-year period she journeyed to locations in the US, the UK and Europe. She spent time with Frisell and his family in his home in Seattle; followed his projects in Berkeley, San Francisco and Italy; and in New York she filmed the last ever performance of the Paul Motian Trio with Frisell and Joe Lovano at the Village Vanguard with great intimacy.

Some of the most fascinating sections of the film were shot in London’s famed Maida Vale Studios, where Franz had special access to Frisell, the BBC Symphony Orchestra and jazz maestro Michael Gibbs, who had arranged a program Frisell’s music for performance at the Barbican. This brings beautiful symmetry to Franz’s film, given that Gibbs was Frisell’s first teacher at the Berklee College of Music.

In addition to capturing this rare collection of performances and the processes that led to them, Franz spent time talking to numerous collaborators and people who have been significant to Frisell’s personal musical journey. Other luminaries who appear in the film include Paul Simon, Bonnie Raitt, Nels Cline, Jack DeJohnette, Ron Carter, John Zorn and the late Jim Hall, to name but a few.